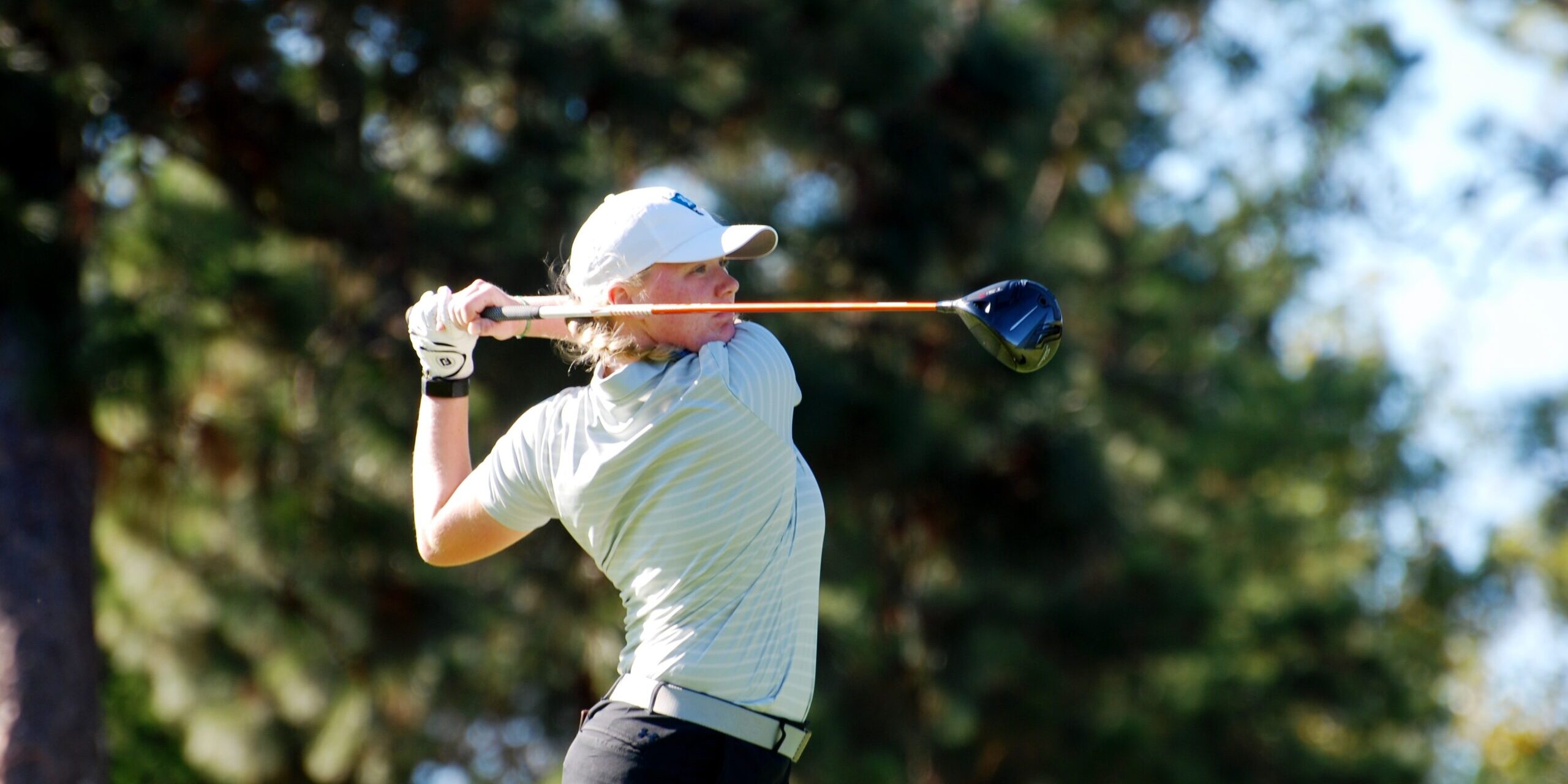 Was it the best six-month span of women’s prep golf in North Carolina history?

That fact would be hard to argue after Reagan High School captured its second 4-A state title in 2021, riding a final-round 65 from senior star Morgan Ketchum to tack on yet another record scoring day.

Ketchum, who will play college golf at Virginia Tech, started the final round at Pinehurst No. 5 eight shots off the pace, but rallied with booming tee shots and a hot putter to a remarkable bogey-free 7-under-par closing round and a four-shot victory.

There have been some memorable rounds shot on the iconic Pinehurst Resort courses in the North Carolina Sandhills, but Ketchum’s performance ranks high on the list.

After an opening-round 75, she birdied six of her first 11 holes, and then after a massive drive on the 18th hole left Ketchum nothing more than a flip wedge to the green, she closed out her high school career with a 12-foot birdie putt that just was icing on the cake to Reagan’s third state title in the last four years.

“Yeah, I think I was trying to press some in the first round that lead to a couple of mistakes, and I told myself I wasn’t going to do any of that in the second round,” Ketchum said.

Macy Pate, who won the individual title in May as a freshman, tied for second after a final-round 69, while junior Anna Howerton’s two rounds of 75 was good for 11th place and counted towards Reagan’s 7-under closing round and 15-shot victory over Cardinal Gibbons.

“This is just fantastic,” head coach Jay Allred said of his team’s record-setting final round. “It has been a great ride. We’ve got some great kids, and they’ve worked hard. All kids work hard, but these girls are phenomenal workers.

“And it was so fun watching Morgan Ketchum just blast the ball; I mean she’s hitting it on another planet,” added Allred. “Virginia Tech is getting a great kid and a great player.”

The nation’s top-ranked women’s high school team was in an uncharacteristic position after the first round – tied with Cardinal Gibbons at 9-over. Reagan had spent most, if not all, of the season well ahead of its competitors, setting prep scoring record after record, including a 14-under-par round of 57 by Pate along with a team 190 total in the Central Piedmont 4-A Conference championships.

Pate also shot an opening-round 75 along with Ketchum as the state championship began, which didn’t necessarily surprise Allred, who started his career 15 years ago as a coach at the Pfafftown school and now has three state crowns in short order.

“I didn’t feel we had a good practice (coming into the state championship) and I was a little frustrated over it,” Allred said. “These kids are great, and we have experience, but you’re dealing with teenage, adolescent kids and anything can happen. I wasn’t surprised when we came out and didn’t play well in the first round. Macy and Morgan both wanted to be state champions very badly and I figured that they would probably try too hard, and that’s kind of what happened.

“I sent them a message (after the first round) and said ‘Look, I am not surprised by where we are, I’ve been doing this for 15 years and I’m going to tell you what’s going to happen. We’re going to come out and strike first, strike hard and have no mercy.’ I told them they would be up by 10 strokes at the turn and they were up by 10 strokes at the turn … and we kept going from there.”

Ketchum, playing in the final group, was on point from the start, as she birdied the first two holes to anchor this star-studded team.

“I would say Morgan and Macy had below-average rounds for them, but I knew they were not going to have that performance two days in a row,” Allred said.

“It’s such a cool place with all the history and how it is all set up here,” Ketchum added of winning a state title at this historic resort. “It’s cool to say ‘I shot a 65 here at Pinehurst because a lot of people know what Pinehurst means to golf.”’

Ketchum, who plans to major in Math at Virginia Tech, is known for her relentless work ethic and reserved demeanor, but a state title was able to bring a huge smile to her face as she was mobbed by her teammates following the conclusion of her round of 65.

“She is very quiet, and she is just an incredible person and just so very smart,” Allred said of Ketchum. “Last spring break she practiced 90 hours. She would get up in the morning go work out and then head to the club. In the summer she beats the staff to work, she practices golf until 2 o’clock, and then will swim laps for an hour, and then play or practice some more. At the Pinecrest tournament, she asked if it was OK to have a Kindle and read a book during the tournament. So, she reads a book while she’s playing a round of golf. Who does that?”

“I love to practice,” added Ketchum. “I think to myself that I can either sit at home and watch TV or practice, so I go practice golf.”

Reagan had the rare opportunity to win two state titles in the span of six months after last year’s event was postponed due to the COVID-19 pandemic.

“Best women’s team I’ve ever seen,” said veteran Pinecrest coach Rich Wainwright, who has worked at Pinehurst for 42 years and has been around his share of outstanding teams. “If our guy’s team played them from the same tees I think we might beat them.”

“They lived up to their billing,” he added. “What did they shoot, 23 under at their conference match and 7 under in the final round here? It’s just so good, so good. The best team won, that’s for sure, the best team won. I’ve enjoyed watching them.”

Howerton will be a senior next season, Pate a junior and Hillary Gong a sophomore. Gong was at 1-under after nine holes in her final round, but tied for 28th this time around as a freshman.