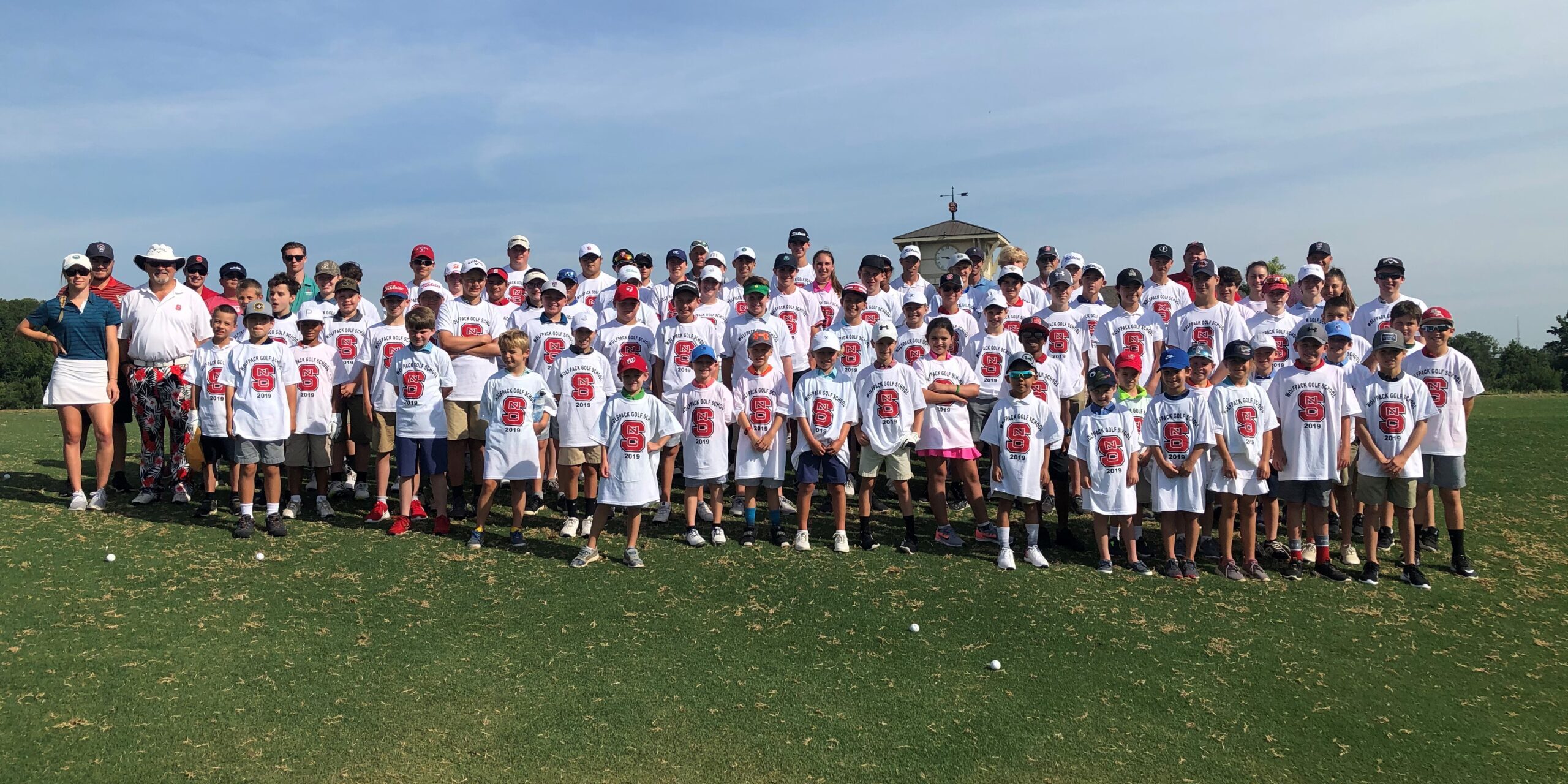 I asked Chip Watson the other day for the key ingredients as to why the Golf School at North Carolina State has enjoyed such a successful run as it enters its 34th consecutive year this June.

Sure he and co-founder and former N.C. State men’s golf coach Richard Sykes have for the most part stayed ahead of the golf curve, adopting various formats over the past three decades to keep the golf schools fresh and relevant.

But Watson’s answer was really quite simple.

“It’s like any kind of business, we are friendly and nice to people, we have good instruction and we do what we say we’re going to do,” said Watson, who is the longtime general manager of Lonnie Poole Golf Club, a course along with Wildwood Green in North Raleigh, that share host sties for the three-week Golf Schools at NC State.

“There are so many times, even when my own kids were growing up, that you go to camp and it is a bad experience because the guy who heads the camp was there for one hour. I remember myself going to basketball camps when I was young and the head coach whose name is on the camp shows up to take pictures with everybody and leaves. We are active. You actually get golf instruction from coach Sykes, who is a Hall of Fame golf coach, we have PGA professionals who are there, and players from the men’s and women’s golf teams.”

Watson received his indoctrination into golf “camps” when he was an aspiring college golfer at Campbell in Buies Creek, working with other teammates to earn extra money and pound a few extra balls on the range while helping some youngsters learn a few tips of the game.

It was by happenstance that Watson got a little deeper into the running the golf camps his senior year when then Campbell golf coach Wendell Carr became ill and couldn’t run the show.

“I was basically the oldest person there so I ended up running the camp,” Watson said. “Talk about an eye-opening experience from just showing up and being a college-age instructor — of wanting to hit more balls than teach — to all of the sudden I am IT. But I realized it was kind of fun.” 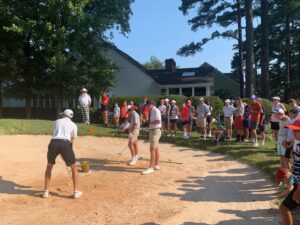 A year later after graduation, Watson approached Sykes at N.C. State about starting a golf camp. Sykes was interested but at the time the Wolfpack had no golf course to call its home. But Watson was quick on his feet.

“What coach really needed was a facility and then someone to administrate it,” Watson said. “At the time my dad’s company was running Wildwood Green so I talked to coach Sykes and asked about just trying a camp there to see how it would work. The GM at the time was Billy Hamilton so he got in with us and the three of us got together and said ‘let’s do an NC State golf camp.’ Coach Sykes said ‘I will do this until we open up our own golf course and then I will be having my own camps,’ so it’s funny how things turn out. We’re still together and doing it today.”

The first NC State golf camp had 16 kids, aged 9-18 years old, and the second year that number more than doubled to 37.

And after a few years, Watson and Sykes decided to scrap the concept of a camp in which the young golfers stayed overnight in a college dorm, were fed meals and then transported via vans to Wildwood Green. The overall logistics became problematic and more costly. So, as the camps grew to 60 kids in a week, the decision was made to just execute a day camp from 9 a.m.-1 p.m.

That formula seemed to work as the “camp” evolved into a more sophisticated Golf School at NC State, expanding to three weeks and now even a father-son two-day golf school before Father’s Day that also has sold out its first two years.

Of course, with anything that runs as long as 34 years, there have been twists and turns in the road, and various formats that stuck or were discarded. But one moment is engrained in Watson’s mind that turned the tide and helped propel the popularity of a Golf School that sells out each and every year at least two months prior to its June-July dates.

“We got to 1997 and 1998 — about 10 years in — and we had the Tiger Woods affect,” Watson said. “That changed everything. Camps at the time were aged 9-18, and I just remember out of the blue after Tiger wins the Masters and there was film of him ages 1 or 2 on the Mike Douglas show that surfaced and parents of kids who were 4-, 5- and 6-years-old started calling us. So we backed the age down from 9 to 6 and it was unbelievable. We automatically went to three full weeks of 60-plus kids each week. And the ages have become younger and younger, and as we’ve evolved through the years that has stayed true. The average age of the camp when we first started was probably 13- or 14-years-old and now it’s about 10.” 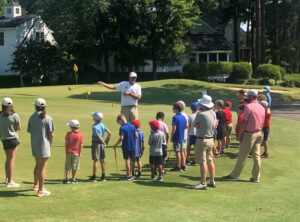 And the female participation — which was zero the first two camps back in the late 1980s — is now 20-25 female students per week.

Over the years, some of the school’s instructors have included PGA Tour players Bobby Clampett, Carl Pettersson and Tim Clark.

“Right now it really is no advertising,” Watson said of the camp’s popularity and success. “We do send out an email blast to our list to people who have come in the past and I do print out a postcard and send it out, but people laugh at me. They call and say ‘My son is 30 years old and I still got this postcard in the mail.’ The reason I do that is they might have a friend; they might have a neighbor; or a nephew and all it takes is one kid to sign up and it pays for itself.”

While some other colleges still provide camps that include room-and-board, NC State’s day model is the gold standard.

“We’ve been able to keep it affordable by doing it this way,” Watson said of the $350 per week cost.

And Watson echoed his previous sentiment.

“The key to longevity is being nice to people and doing what you say you’re going to do,” he said “And the Wolfpack family has always been the heart and soul of our golf schools and we hope always will be.”

For more information or to register online log on to: www.wolfpackgolfschools.com.