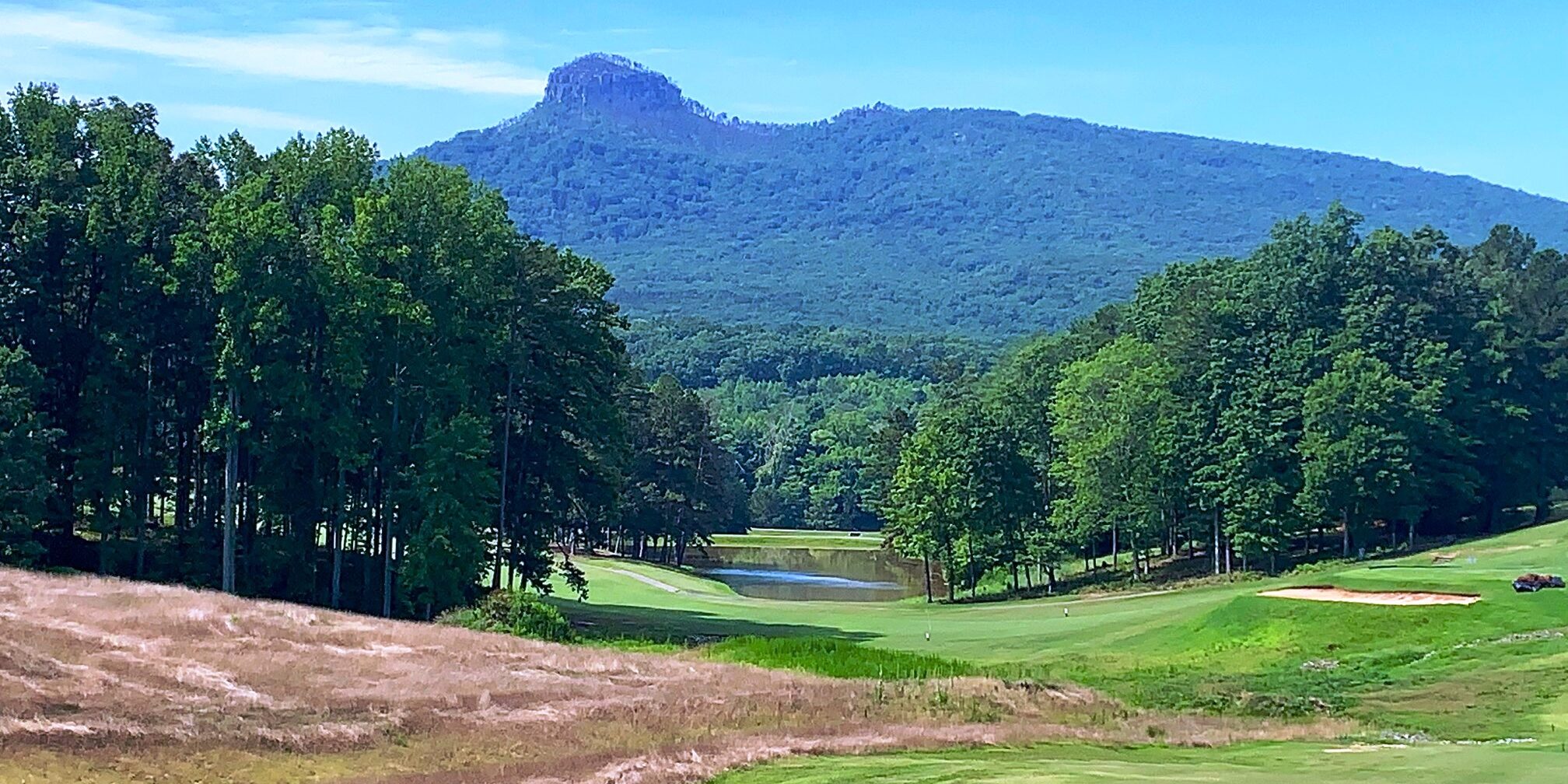 Pilot Knob Park Country Club certainly searched out one of the best in the business for its biggest golf course project since opening in 1963.

Heading into its 60th anniversary celebration next year, the club, which offers numerous panoramic views of towering Pilot Mountain, hired the renowned architectural firm C R Lutzke Golf out of Wisconsin to redo the course’s 18 greens with Mach 1 premium bermudagrass.

It is believed that Pilot Knob Park and Old Chatham, a private club outside of Chapel Hill, are the only two golf courses in North Carolina with the new Mach 1 grass on its putting surfaces. Trump National outside of Charlotte has that type of grass on its practice greens.

Chris Lutzke was the lead project architect for Hall of Fame architect Pete Dye for close to four decades, working on such courses as Whistling Straights and The Ocean Course at Kiawah Island.

“Yes, Chris has a very big resume,” said Pilot Knob Park veteran superintendent Chris Berrier, who has been at the club for 19 years. “We certainly picked a reputable company to do the work for us.”

“It was a big thing for the club to take on but we wanted to make sure we were moving forward as a club with a goal of being one of the best golf courses in the North Carolina Foothills,” added head pro and general manager Sam Randazzo. “With the grass we had on our greens and the slopes we had we had to change something in order to achieve that goal.”

The club’s zoysiagrass greens were not producing a viable putting alternative during the colder, dormant months since many of the greens had a 7 or 8 degree slope, resulting in numerous “unputtable” pin locations, Randazzo said.

“A lot of our greens had a constant slope from back to front and we weren’t going to change the green complexes so we had to work within the complex to create flatter surfaces,” Berrier said. “In order to do that we had to tier a lot of greens, which believe it or not gave us more flat surfaces.”

The new greens are expected to be ready for play by mid August. The course has been using temporary greens since the project began April 11.

Additional work was executed on the 400-yard eighth hole, which is the course’s most difficult hole. It was a hard hole in part because of a sloping fairway that tended to kick balls into a lake. Trees were cut down and the fairway extended to provide for a more fair drive off the tee.

The club has also added several native areas of “love grass” to provide a wonderful contrast during various seasons.

Pilot Knob Park, a par 70 that measures just 6,400 from the tips, was already regarded as one of the top-end public golf layouts in North Carolina, with a wide variety of topography on holes, many of which provide a stunning view of 2,421-foot Pilot Mountain.

“It’s a big update for the golf course,” Randazzo said. “The golf course has really changed dramatically in terms of the greens. We now will have 4-5 two-tiered greens so it’s pretty interesting.”

“You know we kind of sit at the base of Pilot Mountain and it’s absolutely gorgeous, especially when the leaves start changing,” Randazzo said. “The golf course is not real long, but we probably have some of the best fairways around and our par-3s are just great. And now the greens are kind of the test. They will protect the golf course a little bit.” 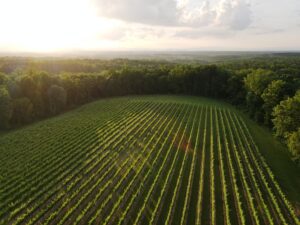 Pilot Knob Park is situated in the heart of North Carolina wine country.

I suggest heading to Pilot Knob Park – situated in the heart of North Carolina wine country – for a few swings and a sip over the next few months for one of the state’s best golfing experiences for the price.