Elkin and Cedarbrook Country Club: Married at the Hip 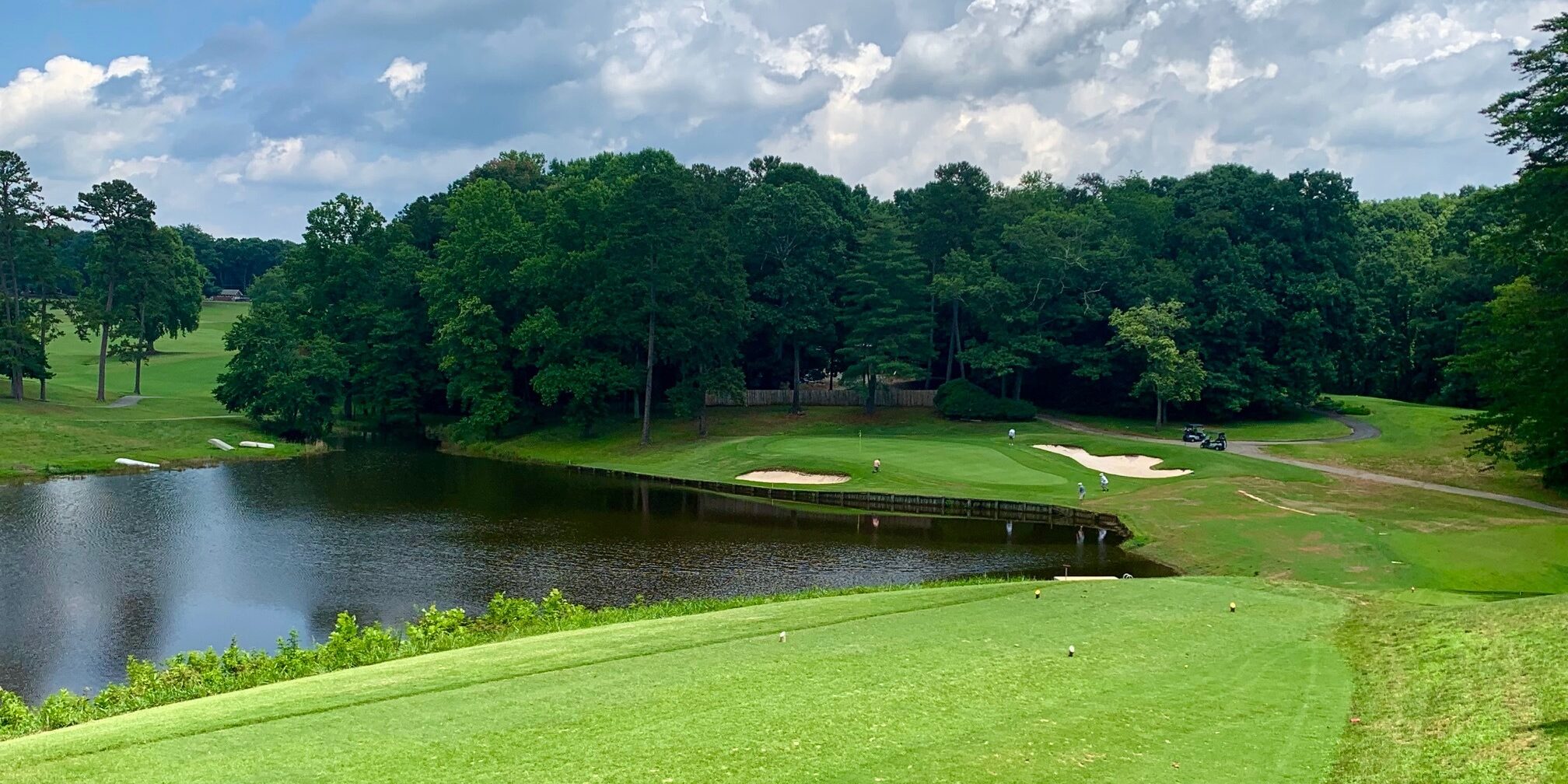 Elkin has some pretty neat places with iconic history.

There’s Speedy Chef, a throwback fast food joint that has been family owned since 1968. Legend has it that Angry Troll Brewing was founded by a troll after a vintage wooden bridge he called home was demolished. And the wine at nearby vineyards, each with its own unique story to tell, is crisp, refreshing and some of the best in the Southeast.

The town of just over 4,000 residents at the foothills of the North Carolina mountains and along the Yadkin River is also home to Cedarbrook Country Club, which was founded in 1946 and designed by legendary golf course architect Ellis Maples.

The layout has been on its current location since the 1960s, offering locals and those traveling from Winston-Salem, Charlotte, Raleigh and all points in between an affordable round of golf on tree-lined fairways that weave through the area’s scenic rolling hills.

“I’ve always felt this quaint, unique community is so lucky to have a golf facility and golf course of this caliber,” said club general manager and legendary head golf pro Zim Zimmerman. “It has always pretty much been a great value and people that don’t play golf don’t realize how valuable a golf facility is to a community in terms of attracting businesses.”

Want to know anything about the history of Cedarbrook Country Club then the guy with the catchy name is your man. Zimmerman recently celebrated his 40th anniversary at the club.

It would be hard to imagine Cedarbrook without Zimmerman, who has been entrenched in the town for four decades. He still coaches the male and female golf teams at nearby Elkin High School, lives about one mile from the country club and is one of Elkin’s unofficial ambassadors.

“I just enjoy being around the young adults and teaching them about the game of golf, and it is something they can do the rest of their lives and get enjoyment out of it,” Zimmerman said of his prep coaching experiences. “Elkin is a great little town, it’s a great place to raise children and it has great hospital facilities. And yes, I have seen a lot of changes in 40 years.”

What Zimmerman is most proud of is the club’s resiliency, having survived the 2008 recession and most recently a few years of COVID-19 challenges that cut into the food and beverage operations and function business.

“We were able to retain ownership through some difficult times when several clubs in the Piedmont area changed ownership several times,” Zimmerman said. “Our board of directors has done an excellent job in making the rights moves for us. I would call us a mid-level club and it seems that the golf industry is always tough on the mid-level clubs. When the economy is down and things aren’t going too well the higher-end clubs are going to stay there and the mom-and-pop clubs are going to stay there because typically they are family owned and probably don’t have a lot of debt, and the family is involved in the day-to-day operations. But the mid-levels really feel the ups-and-downs of the golf industry.

A dam breach in 2018 at a lake on the club’s signature par-3 8th hole due to a hurricane required some repairs and state regulations that took some time, and was finally completed this spring. But a positive came out of a negative with a new vision surrounding the three holes that border the water.

“We took all the trees out to the left of the lake where the second hole comes down and we’re working on making that lake a focal point of the golf course,” Zimmerman said. “It’s a beautiful little lake. We’ve had a lot of good comments on that and we’re tickled so we’re probably going to take out some more trees on the other side of the lake by hole No. 3, possibly this fall or winter.”

Zimmerman said additional tree removal work is on the horizon.

“Over the course of time trees have grown in and covered the golf course up,” Zimmerman said. “The way Ellis Maples designed the golf course back in the 1960s the trees were very minimal and some of the tree weren’t even there. And with the time that has passed the trees will change the total look of a hole and how the hole plays. So we’re removing some trees In order to keep the integrity of the golf course and to keep the original design thinking, and the greens and fairways need sunlight so this will give us better turf conditions in the long run.”

With a price point of $32 on weekdays and $42 on weekends, Cedarbrook Country Club is quite a value.

“I will wake up one of these days and decide it’s time to turn it over to somebody else and it’s time for me to start playing a little more golf, but not quite yet,” Zimmerman said of his affection for the club he has called home for 40 years.