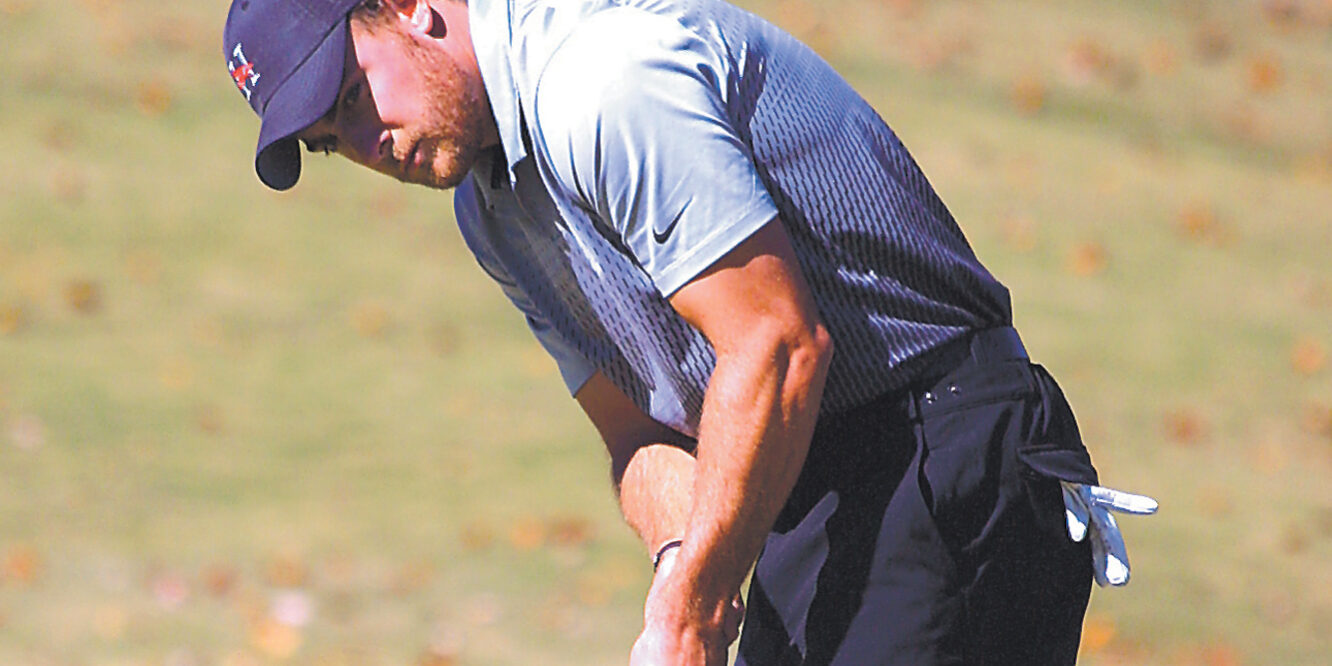 It’s a traditional path taken by thousands of junior golf standouts every year – head off to college with a scholarship and hopes of building on their prep success at the next level.

In 2006, Addison Lambeth was on that track after signing with Appalachian State out of High Point Wesleyan Academy.

But it has been far from a traditional journey for Lambeth. Some nine years later, Lambeth is a U.S. Marine veteran and a team leader at Huntingdon College in Montgomery, Ala.

Lambeth played in just one tournament in his two years at Appalachian before making a life-changing decision.

“I didn’t make great life choices to be honest with you,” Lambeth said of his first stint in college. “I wasn’t the person I needed to be. I didn’t want to be in college anymore. I needed some self discipline.”

He’s now on track for an accounting degree while enjoying a rebirth of his collegiate golf career. In five fall tournaments for the Division III Hawks, he posted three top-10s and capped the semester with a victory in his return home to Guilford County. He won the O’Briant-Jensen Memorial at Sedgefield Country Club’s Pete Dye Course in mid-October.

“He’s a great story,” said Schreyer, a former national champion at Huntingdon who played on the PGA Tour in 1992. “He’s definitely somebody who is a proven leader. He fits the bill that I was looking for. We were a little immature last year but with his age and his pedigree, he’s aged us up a little bit. We’re definitely moving in the right direction and he’s been a huge key for us.”

Lambeth, 27, is the veteran on the team despite his first-year status.

“The next oldest member of the team is 21,” said Lambeth, who has two years of eligibility. “Most them are 19 and 20. I’m used to being around a bunch of young kids having been a sergeant in the Marine Corps. I was in charge of the brand new ones. I know how to relate to them.”

Lambeth tries to help but only when asked.

“I don’t have any coaching ability,” he said. “It’s like being a big brother to them more than anything. I’ve been there and done that in just about any situation they can come up with. I’m just another guy on the team unless somebody needs something.”

“When they (younger players) hear it from a team leader, it resonates,” he said.

In the Marines, Lambeth was on the personal security force for the president with his deployment involving the commander in chief’s travels on the Marine One helicopter.

“We traveled everywhere the president traveled.

“I was on numerous trips all over the world with the president,” he said.

Lambeth played competitive golf throughout his five years in the Marine Corps.

“I knew they had a golf team but I didn’t know what kind of duty I was going to be on,” he said. “It was a very limited schedule. We had about a month every year that we were able to be excused from our duties and go and represent the Marine Corps and the United States playing golf.”

His decision to return to college golf was limited to D-3 schools.

“It was known he was out there by the D-3 guys,” Schreyer said. “His clock was already done for D-1 and D-2. He came down and visited us and it was really a good fit for us and a good fit for him.”

“I wanted to go somewhere warm where I could play year round,” Lambeth said. “And I wanted to be on a competitive team that can win a national championship. Coach Schreyer was the main reason I came to Huntingdon and our facilities are fantastic for a Division III school.”

Lambeth worked with Schreyer to iron out a couple of kinks in his swing and the success is seen in his 73.3 scoring average through 11 rounds.

“I’m a lot more consistent now,” Lambeth said while comparing his game from his first college years to now. “Before I could shoot 65 or I could shoot 85. On any given day, I didn’t know what I was going to get out of myself. Now, I’m able to take an 80 round and make it a 74 or 75.”

In his first tournament of the fall, Lambeth shot 76-72 and finished fourth in the Flower City Preview in Rochester, N.Y., and he added a tie for eighth in the Rhodes College Fall Classic a week later.

At the O’Briant-Jensen, he opened with 68 to build a five-shot lead. He followed with a 75 and won by six. Huntingdon won the 18-team tournament by six.

“That first round pretty much won it for me and that usually doesn’t happen,” Lambeth said. “I shot my best round on the hardest course of the semester.”

Lambeth and the Hawks, members of the USA South Conference that includes defending national champion Methodist, have five tournaments on the spring schedule and hope to make it six with a return to Rochester for the D-3 nationals in May.