ClubCorp layouts dominate the Southeast … including improvements at Bermuda Run 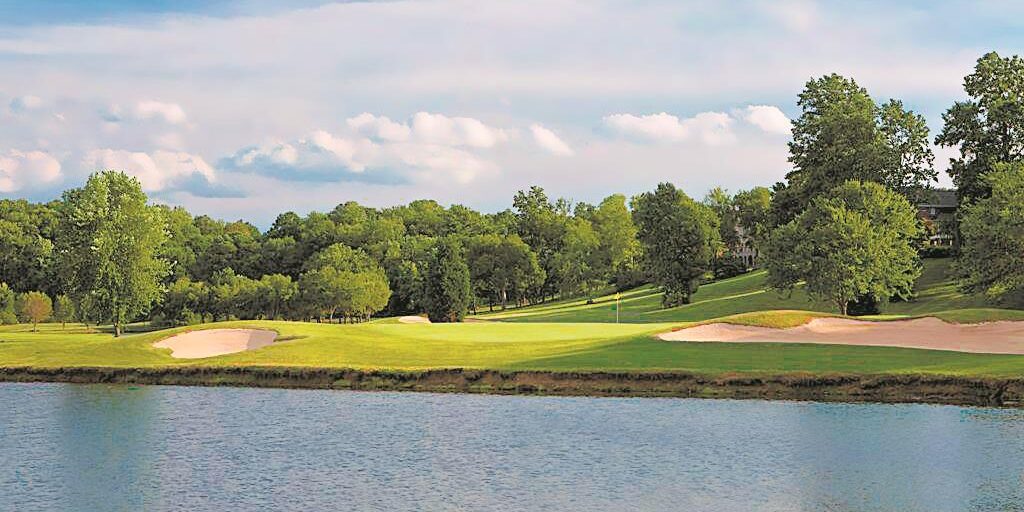 After some time away from Bermuda Run Country Club a return visitor would notice nothing different about the journey back to the club.

Same Advance, N.C., exit off the highway, same drive past Tanglewood Park, same Kathryn Crosby Bridge and same turn into the gatehouse. Walk up to the front door of the clubhouse and that’s where the familiarity comes to an end.

A sign directs you to go through the pro shop, due to construction in the main entrance and restaurant area. While the sign might read “construction,” the message behind it signifies major improvements are underway. All this can be attributed to ClubCorp, the Dallas-based golf management company that took over ownership of the club in April 2015.

Paul Howard, the club membership director, expresses his optimism for the future of the club immediately. He describes ClubCorp’s collaboration as a “reinvention (as opposed to renovation) of the club. We seek to improve the energy for current and future members of the club,” he said.

In the last two years, ClubCorp has purchased more than 60 new clubs, which takes its portfolio to over 200. Bermuda Run, by the way, is its newest and latest purchase to date.

Howard stressed there were two key concepts that will be different at the club under the new  management: “the optimal network experience (O.N.E.) and we are here to do a reinvention, not just slap a new coat of paint on it and call it a renovated project.”

One of Howard’s first jobs after taking over at the club was to give the current members the opportunity to take part in the O.N.E. program. The O.N.E. program allows any member who upgrades an instant 50 percent off dining prices in the club, as well as half-price dining at the Piedmont Club in downtown Winston-Salem (which is also owned by ClubCorp).

Are you a business traveler? Well, you are in luck. While traveling, you can play any ClubCorp courses – guaranteed two tee times for cart fee only — per month, per member along with two complementary dinners at the business clubs owned in the area by ClubCorp. No questions asked; you just sign your name.

The times have changed as far as private club reciprocal benefits. Back in the day, if you were traveling, your club pro (maybe) could arrange a round at an exclusive club, if possible. With ClubCorp, the Bermuda Run member has guaranteed access to all of its 200 plus member clubs.

In addition to the golf, the program offers other family-oriented benefits. With O.N.E. membership, there is a concierge for those interested in attending hard-to-get tickets (Masters, Super Bowl, and the College Football National Championship Game, for example). Howard chimes in again with what seems to be the key words here: lifestyle choices for people. “It’s not your stuffy country club. One of the founding principles of the company is that we’ve never discriminated at all since 1957 [when the company opened]. As long as you can afford to pay the fees, you can join the club. It’s as simple as that.”

Nathan Broyles is the head pro at Bermuda Run. And, as they all do, pros have good stories. “I sent some guys down to Atlanta last fall and they played four rounds of golf [cart fee only], and ate two dinners at our clubs [which were basically free meals], and they had two dinners on their own. The whole trip cost them something like $230. ClubCorp is everywhere in the Southeast.”

Broyles admits when the change initially came around, some of the long-time members were skeptical. He said they “wanted to keep their dues at the same level as they were with no changes.” If one wanted to upgrade to the O.N.E. program, it was anywhere from $15-$30 a month. “I think we had over 65 percent of the members upgrade,” he said. “One reason was the 50 percent discount on food in the restaurant. Think about if you are on the course and the kids are swimming at the pool all day, and they order chicken fingers and fries – we’ll that’s half off. Anything the member orders off the drink cart on the golf course is half off as well. If you like to eat food here at the club, then it’s basically a no brainer because of the money you will save.”

If a new member comes in, they are just automatically given the O.N.E membership.

One word that keeps floating around the new Bermuda Run is “casual.” From the dining area to the deck to the outside patio area by the new putting green – it’s all tailored toward having a good time. “It is still certainly about good golf – period. We put millions into our golf clubs but we also stress our other facilities (upscale restaurants, swimming facilities) so the whole family can enjoy a day at the club.”

Howard addressed the traditional club atmosphere of “coat and tie to enter the dining room” as a thing of the past. “Everything is going to more casual.”

Another “cool thing we are going to offer is a live scoring update in the grill room. You can follow Golf Genius software to see how your opponents are scoring in real time. It’s as easy as entering your score into a computer pad on your cart and it will allow up-to-date scoring for the other guys in your group. It will make for some exciting events at the club,” Howard said.

Both courses at Bermuda Run are graced with the architectural pedigree of North Carolina’s Maples – both Dan and Ellis – and the greens have been rumored to give even the best of golfers “a bit of trouble from time-to-time.” In fact, the East course will hold the Wyndham Championship qualifying for the third straight year. Broyles said the pros “who played here just loved it . . . especially the greens.”

By this April, the practice area, supervised by Scott Fallon, will be completely revamped. The new range at Bermuda Run is going to expand and almost double the hitting space. Broyles admits that “we have a good junior golf program here and lots of ‘range rats’ that love to come out at dusk and hit balls. So, by doubling the space of the range, we can accommodate our members and help Scott to continue to grow grass.”

Let’s face it – we who are true golfers spend our valuable time and money to play quality venues and try to improve our games (be it at public or private venues).