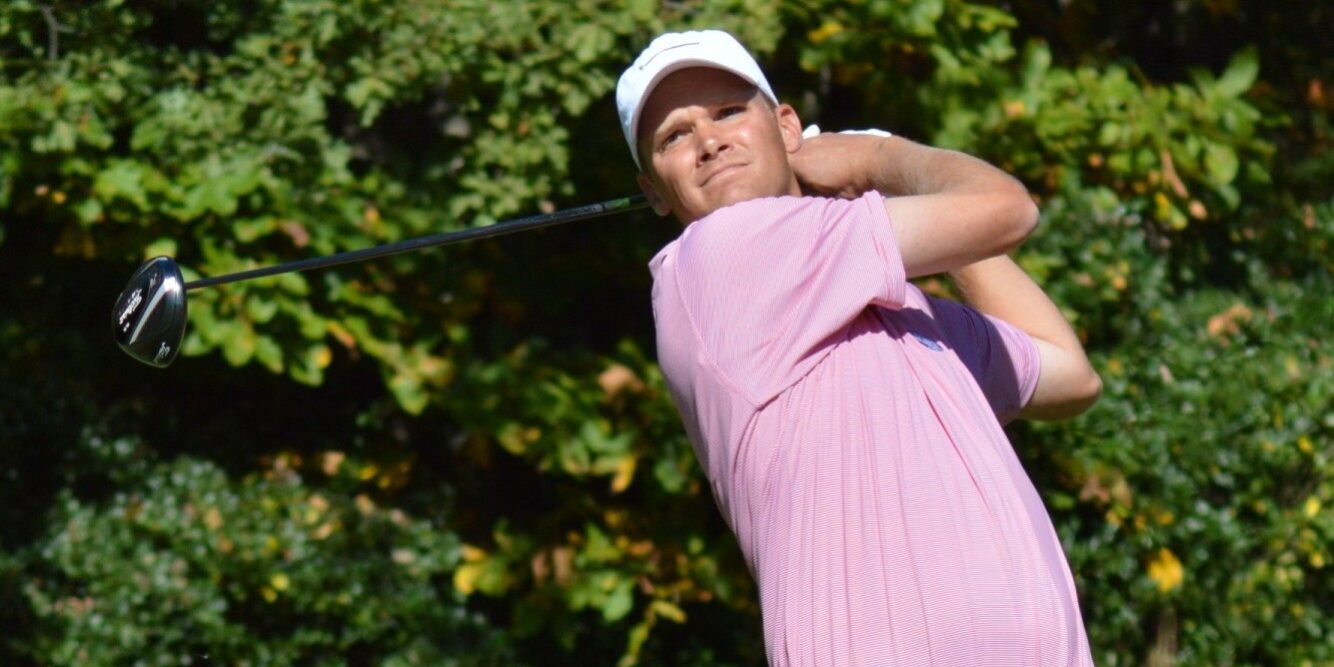 Scott Harvey was recently named Carolinas Golf Association player of the year for the fifth consecutive time, so it would be easy to assume the honor is becoming old hat.

Not at all, according to the 37-year-old Greensboro resident.

“I’m still trying to get my head around it,” Harvey said of the award. “It’s still a big deal; it’s still a tremendous honor.”

Harvey, a property manager with S&K Triad Properties, describes 2015 as perhaps his most well-rounded since he was first named a CGA player of the year.

He won the 2014 U.S. Mid-Amateur, the 2015 Gasparilla Invitational and the 2015 South American Amateur in Peru. In addition, Harvey advanced to the match-play quarterfinals in the 2015 Japan Amateur and tied for sixth in the Porter Cup.

Harvey also qualified for the 2015 Masters off the strength of his mid-amateur championship and was selected as a member of the 2015 USA Walker Cup Team that competed at Royal Lytham & St. Annes Golf Club in England.

“I accomplished all the amateur goals I set for my career,” Harvey said of the tasks he completed in the past year.

But it may be the CGA award of which he’s proudest.

“I can’t tell you what an honor it is,” Harvey said. “There are tons and tons of great players in the Carolinas. The competition is unreal.”

Harvey is the first to win the award in consecutive years since D.J. Trahan managed the feat in 2001 and 2002. No one has come close to managing Harvey’s accomplishment of winning five consecutive years.

Other past recipients include such big-name golfers as Dustin Johnson, Webb Simpson and Jonathan Byrd.

The Richard S. Tufts Awards were established in 1997 to honor Carolinas amateur golfers who had exceptional individual tournament performances over the preceding year. Tufts served on the CGA Executive Committee from 1926 to 1964 and served as president from 1931-33.

The awards are given to the No. 1 golfer based on the CGA amateur rankings at the end of the calendar year in each of four categories: Men, Women, Senior Men and Senior Women. Junior Boys and Junior Girls champions are chosen based on a series of 18 junior tournaments.

Harvey said that while a sixth-consecutive CGA player of the year award isn’t out of question, it’s not where he’s placing his emphasis.

Harvey and his wife, Kim, have a 6-year-old son, Cameron. Harvey said his son loves to accompany him to the golf course, but tires easily of time spent on the driving range or practice green.

“He wants to be out on the course and actually play,” Harvey said.

When Harvey returned a phone call on a recent weekday afternoon, he was in Pensacola, Fla., visiting family. Harvey, his son and others had just finished a round of miniature golf.

“Cameron and I had the only hole-in-ones of anybody in the group,” Harvey said, laughing as he spoke.

About 12 years ago, Harvey envisioned for himself a career as a professional golfer. He was playing on a mini-tour and competing with others who shared his dream.

It didn’t take Harvey long to realize that wasn’t his calling.

“I was having decent success, I was holding my own financially,” he said. “It just wasn’t fun. I’d be gone three or four weeks at a time and I missed my family. It just wasn’t for me.”

So he opted to follow in the footsteps of his father, Bill. The elder Harvey, who died in October 2013 at age 82, is in the Carolinas Golf Hall of Fame. His storied career includes 18 U.S. Amateur Championship appearances and eight Carolinas Golf Association championship titles, including Carolinas Amateur wins in 1964, 1965 and 1973.

Many in the Triad remember Bill Harvey as the longtime owner of the Sedgefield Driving Range.

“My father was a lifelong amateur and I decided that was the route I’d follow,” Harvey said. “Dad’s in the Carolinas Golf Hall of Fame and that’s my lifelong goal.”

Of his play in last year’s Masters, Harvey described the event as “the coolest thing I’ve ever done,” though he failed to make the cut. He was paired with Kevin Stadler and Trevor Immelman.

Harvey noted that on the first tee on Thursday’s opening round, both Stadler and Immelman were introduced before him. Each golfer received polite applause.

But when Harvey’s name was announced, the large contingent of fans who traveled from the Triad burst out in cheers.

Of his own play in the Masters, he admitted it could have been better.

“I hit the ball well,” Harvey said. “But I putted like Ray Charles.”

Rocky Manning used to compete against Harvey in mini-tour events, but now serves as his caddy. He can often be found lugging Harvey’s bag in mid-amateur events and also served as his caddy at last year’s Masters.

“I swear, he’d have made the cut if he’d made just half his putts from inside 5 feet,” Manning said. “He hit the ball better than the pros he was playing with.”

Manning said the friendship he and Harvey share is strong, forged through hours together on the golf course as well as time spent together traveling.

“Scott is one of the most genuine guys I know,” Manning said. “I think he’d do anything in the world for me, and I’d do the same for him.”