The remarkable career of Seth Lomison 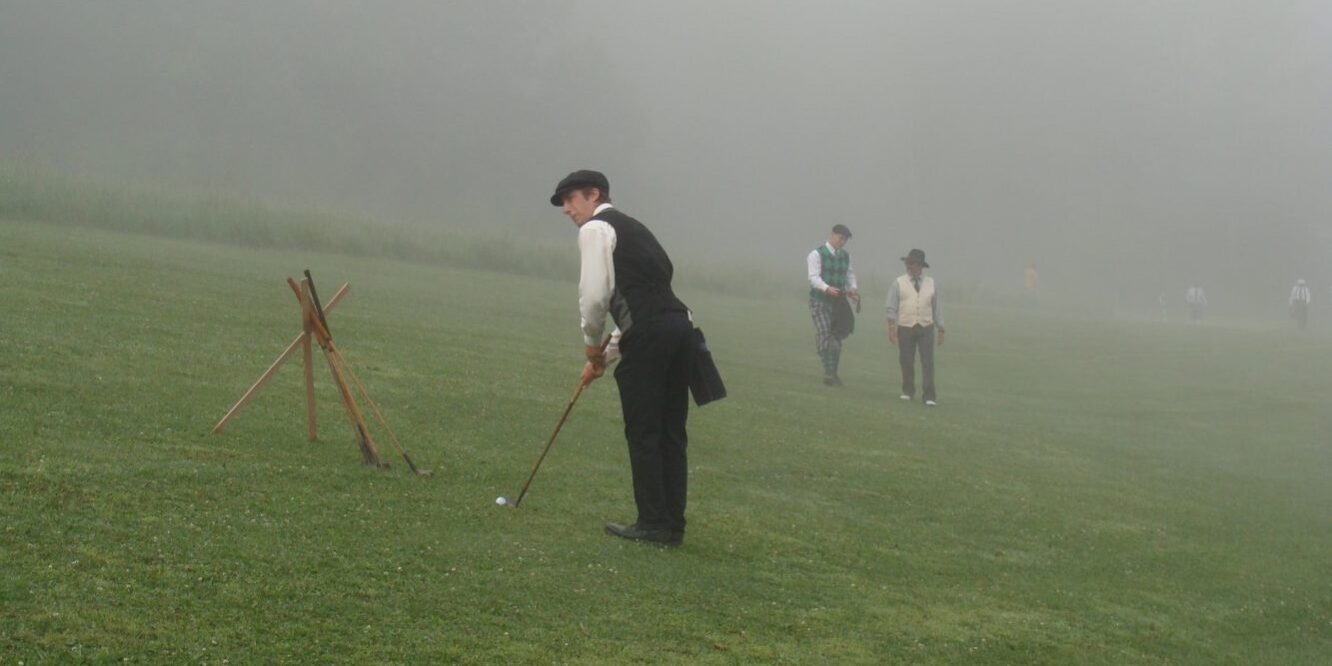 Score one for the cluttered garage.

As Seth Lomison wraps up his junior career and contemplates life as a professional golfer, it’s easy to wonder “what might have been” had he not stumbled upon a lonely club and some old golf balls one day in the family garage.

“It was like an old persimmon wood driver – I don’t know how it showed up,” Lomison recalled. “I asked my dad and hit some balls around the soccer field and said, ‘Hey, there’s something to this.’ ”

The 12-year-old from Pfafftown had been quite happy playing baseball and had no other connections to golf aside from that one club.

“It was something out of the blue,” Lomison said. “It was an instant change of thought process for me. I wanted to be a golfer.”

Now 18, Lomison has become one of North Carolina’s best young golfers and enjoyed the biggest win of his career at the eighth annual Jimmy Anderson Invitational. April’s victory stands as a highlight from an unorthodox junior career: In addition to not having a prep team because of being home-schooled, Lomison has been able to play Pebble Beach through his work with First Tee and holds a fascination with vintage golfing gear that has led him to compete in the National Hickory Championship.

Heading into his fourth Jimmy Anderson tournament at Jacksonville Country Club last month, Lomison was ready to relax. Rather than stressing over some of the 80s he had been shooting recently, Lomison told his parents he was ready to have fun and play golf.

After an opening round par-72, Lomison realized he had a chance the second day after a strong front nine put him at 1-under for the tournament. Then he birdied the 10th hole as well, made another on No. 15, and saved par with a great up-and-down on the 17th: “My short game hadn’t been the greatest that weekend,” he said. “I hit it to 5 feet and made the putt. That was the biggest fist pump all weekend – I finally got up-and-down.”

Lomison narrowly missed a 6-foot putt for birdie on the 18th hole, but was told his closing 70 gave him the clubhouse lead. No one in the final groups caught him, giving Lomison the trophy out of the 91-player field. Lomison got a little emotional when Jason Cox of the CGA called his name.

“I didn’t cry, but I definitely had to take a few deep breaths to calm down so I could get through the awards ceremony,” Lomison said. “I’ve always loved the feeling, the atmosphere the event has. Members don’t always want to let junior golfers take over a club for a couple days, but that’s one place all the members are appreciative with what the CGA is doing for the next generation of golfers.”

While that was Lomison’s biggest win, he’s played in plenty of other big tournaments. Thanks to his interest in helping the next generation of golfers, the First Tee program has been a major part of his life.

For the last three years, Lomison has helped coach beginner-level classes, and the other coaches in the program like to tell the youngsters some of the cool things their teacher has done in golf – such as play in the Nature Valley First Tee Open at famed Pebble Beach. Lomison earned entry into that tournament during the Champions Tour event at the course in 2013.

“That’s probably the biggest thing you can do in the First Tee,” Lomison said. “That was just a once-in-a-lifetime experience that I will never forget.”

Lomison had to submit a golfing resume and write a few essays to be considered for that tournament. Another essay contest got Lomison involved with another aspect of golf: playing with vintage clubs.

At a First Tee event designed to teach kids about the history of the game, Lomison got to hit with clubs from the 1800s. Students were offered the chance to play in the National Hickory Championship through an essay contest, and Lomison was among those chosen. He’s been playing with clubs from the 1800s for five years now and will attend another NHC in June. The tournament, played at Greenbrier’s Oakhurst Links — America’s oldest golf course – sees players in period dress carrying their handful of wooden clubs.

“The past couple years I actually wore a kilt but most of the time I stick to the knickers and button-up shirt and tie,” Lomison said. “I have fallen in love with playing with the pre-1900 clubs since then.”

Lomison said his drives reach around 200 yards with the old-fashioned clubs, while his modern equipment helps him reach up to 285 yards. Playing with the wooden clubs helps rather than hinders his tournament game, though.

“It kind of helps my swing out,” Lomison said. “With the old clubs you have to really slow your swing down and pay attention to your tempo. With modern technology, swing as hard as you can and you can get away with a lot.”

The fact Lomison got to experience some cool extras on the golf course because of essays he wrote is more than an interesting footnote to his story. Lomison has battled dyslexia his entire life, and reading and spelling in everyday situations is a challenge. Words written on a black-and-white page, for instance, move around on the page when Lomison tries to focus on them.

A special pair of glasses with blue-tinted lenses helps steady the words – “I feel like the old guy who has to carry his reading glasses with him all over the place,” Lomison said – but the challenge of living with dyslexia is one of the reasons his parents, Matt and Tammy, chose to have him home-schooled. He can work at his own pace and spend as much time as he needs when reading.

Dyslexia has, in fact, played a part in Lomison’s future plans. Like all his friends who are high school seniors in Triad-area schools, he once planned on attending college and playing golf in college.

“As time went on, I realized this is something that’s going to be really tough on me and that I maybe need to rethink my plans a little bit,” Lomison said. “I’m gonna take a year or two off, work on my game, try to turn pro. After those couple years, if I haven’t seen what I need, I will reconsider going to college and getting an education at that point.”

Golf has been both an escape and an ally for Lomison, who plays and works out of Long Creek Golf Club in Bethania.

“The golf helped a lot because you’ve got to stay patient and really put in the hard work,” Lomison said. “I think that’s gone into my academic life: Keep trying, stick with it. It’s still a struggle I deal with every day and I’ll keep dealing with the rest of my life. Golf and the First Tee have really taught me to stay patient, stick with it, and you’ll eventually get it.”