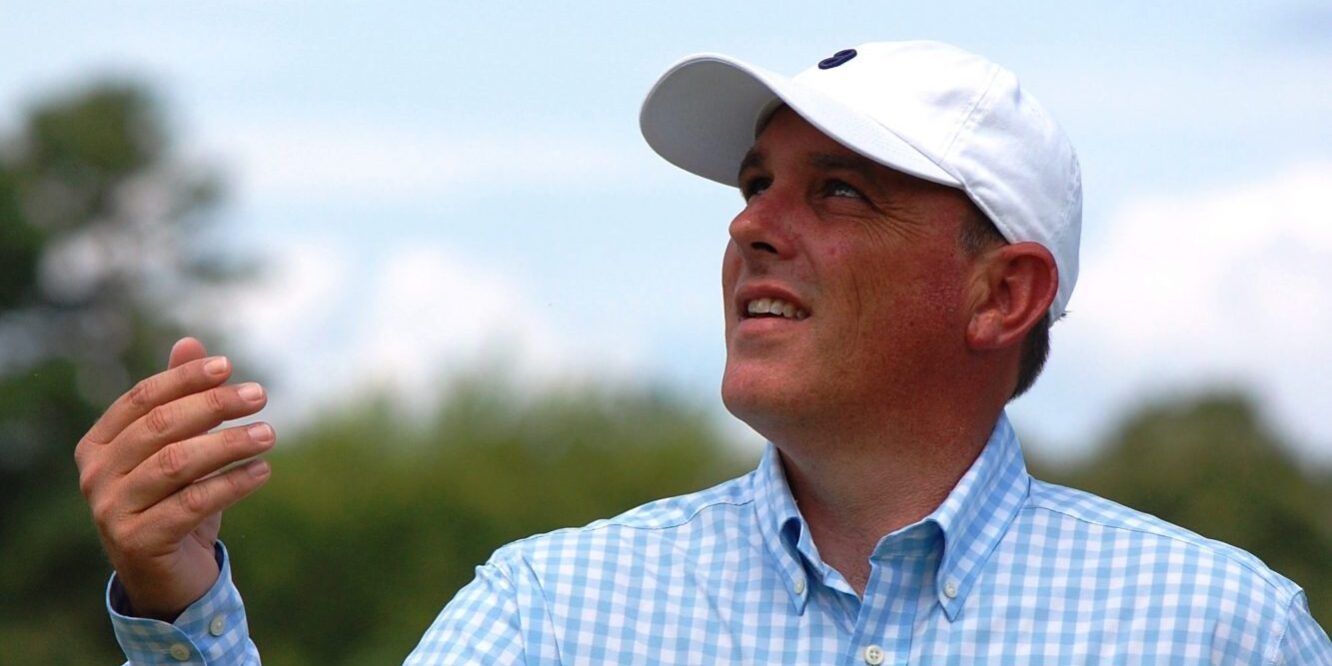 Who would have thought a casual encounter at the Wells Fargo Championship in 2011 would change the lives of PGA Tour golfer Justin Rose and Campbell University’s David Orr – and connect the two on a wild ride of golfing success the past five years?

“I was working with another player at the time and we were paired up in a practice round. I met Sean Foley, Justin’s full swing coach, and we exchanged phone numbers,” said Orr, who is director of instruction at the PGA Golf Management School in Buies Creek and a world-renowned expert on putting and the finer points of the short game. “About a year later I got a phone call out of the blue and it was Justin asking if I would be interested in taking a look at his putting.”

The two conducted the first putting lesson via Skype, a rudimentary introduction to say the least.

“We literally put the laptop on the ground and I was watching his stroke,” Orr said. “He just needed some direction. When you’re working with a Tour player you try to give them direction and some clarity. It wasn’t anything earth-shattering, but there was a pattern there, that even to this day when it’s not going well he reverts back to. That’s typical for every golfer – they have patterns or (bad) habits.”

Orr made an impression on Rose that May afternoon five years ago in Charlotte – and vice versa.

“I’ll never forget meeting him,” Orr said of Rose. “One of the first questions he asked me was where I was from and if I had family. The conversation started more there than about golf. What’s interesting now is we’re really close friends and in the four years I’ve worked with him he has won a total of 7 times.”

That includes a U.S. Open in 2013 at Merion and more recently a gold medal in golf at the Olympic Games in Rio.

The American Orr was on the edge of his couch at his Harnett County home rooting for the Brit in South America as Rose and Henrik Stenson battled down to the final hole. Rose was faced with a 30-yard chip shot that if he got close would put pressure on Stenson to make his long putt. Rose struck the pitch to within 2 feet to secure the rare golfing title.

“I had a feeling he was going to chip it in to be honest with you,” Orr said. “He has a beautiful golf swing, so a lot of people overlook how creative he is around the greens.

“I know how important this was to Justin, and that in itself was one of the reasons he performed so well,” added Orr. “He prepared all year wanting that gold medal. The Olympics are bigger than just one person. It’s about your country. Him being from England it was important, and being the first golfer in over 100 years to win a gold medal. How many golfers that are alive can say they have a gold medal in the Olympics in golf? Just one – Justin.”

Orr said his 11- and 12-year-old daughters were jumping up-and-down when Rose tapped in the winning putt.

“My girls sent him a little video congratulating him and saying they actually know an Olympic champion,” Orr said. “As humble as he is he sends back a text saying, ‘Yeah, thank you, but it’s still me’ and he sends them a Smiley Face. Justin cares about other people. Working for him has been a blessing and he has always taken an interest in my family, and I’ve always taken an interest in his children.”

Orr recalls in 2014 when the U.S. Open was in nearby Pinehurst and Rose took one of Orr’s young daughters inside the ropes to walk with him during a practice round.

“Justin winning the U.S. Open in 2013 was big for my career, but for my life to have a friend like that means so much to me,” Orr said. “Justin Rose has been such a good person in my life and he has let me share experiences with him.”

Rose is one of more than 60 players from around the world who have signed Orr’s “wall of fame” in his putting studio in sleepy Buies Creek, the signature inked in black on a white cinder block wall dated Sept. 16, 2012.

Orr has conducted 28 studies in putting research, which he has presented in conferences across the country, and his reputation as a putting guru has spread on the PGA Tour like butter on a hot piece of toast, or maybe a Harnett County country biscuit.

“I pinch myself all the time,” Orr said. “You know, Buies Creek is such a special place. We have a private jet strip here and I’ll have clients fly in on their private jets and they say, ‘Where am I?’”

They are at Orr’s private putting sanctuary.

“The wall started here and then just evolved,” Orr said, pointing to the first few signatures, one in 2011 inked by Smithfield’s Neal Lancaster. “Our reputation is based on who we teach a lot of times and I’ve been very fortunate to have good students – all kinds of guys like Justin Rose, Hunter Mahan, Edoardo Molinari and the list goes on.”

Not all students get to sign the wall. It is reserved for fully exempt members of a worldwide tour or amateurs to have played in a major.

“This building is not very pretty but what happens on the inside is pretty special,” Orr said. “I laugh because my girls come over here and try to play in the mirrors because they are dancers.”

Orr lives within a sand wedge of the studio.

“When I first came here it was just carpet and chairs,” he said. “We replaced the carpet with a putting surface and we now have a putting platform that you can change the slope of. Not real sexy, but it gets the job done.”

For the few years of their relationship, Orr worked with Rose about 160 hours a year. His role has now evolved into Rose’s consultant on his entire game.

“Historically, he’s been a really good wedge player and this year his stats aren’t quite where we would like to see them so he’ll call me up and ask what we need to work on,” Orr said. “As a consultant, you have to look at the big picture of his game. Sometimes when you’re so close to something as a specialist you are so into the details instead of looking at the big picture.”

It has been Orr giving the lessons over the last five years, but it is also Rose who has taught the instructor a thing or two along the way.

“It’s amazing how much goes into being a world-class championship golfer,” Orr said. “I’ve been very fortunate to have a first-row seat into what it takes to make a U.S. Open champion, and now an Olympic gold medal champion. Having that first-row seat has been a valuable experience because a lot of players out there would love to get to that level but they just don’t know how to get there.

“But what’s amazing is this entire wall is pretty much filled, and now I have to start another wall. That’s one way that I kind of remind myself of what we’ve accomplished each day of work. I look at that wall and say ‘Wow, it’s funny how the names have changed from an occasional person you may have recognized to where you really start to recognize names, and the world golf ranking change as you go along the wall.’”