Fobes plays with the guys to sharpen her skills 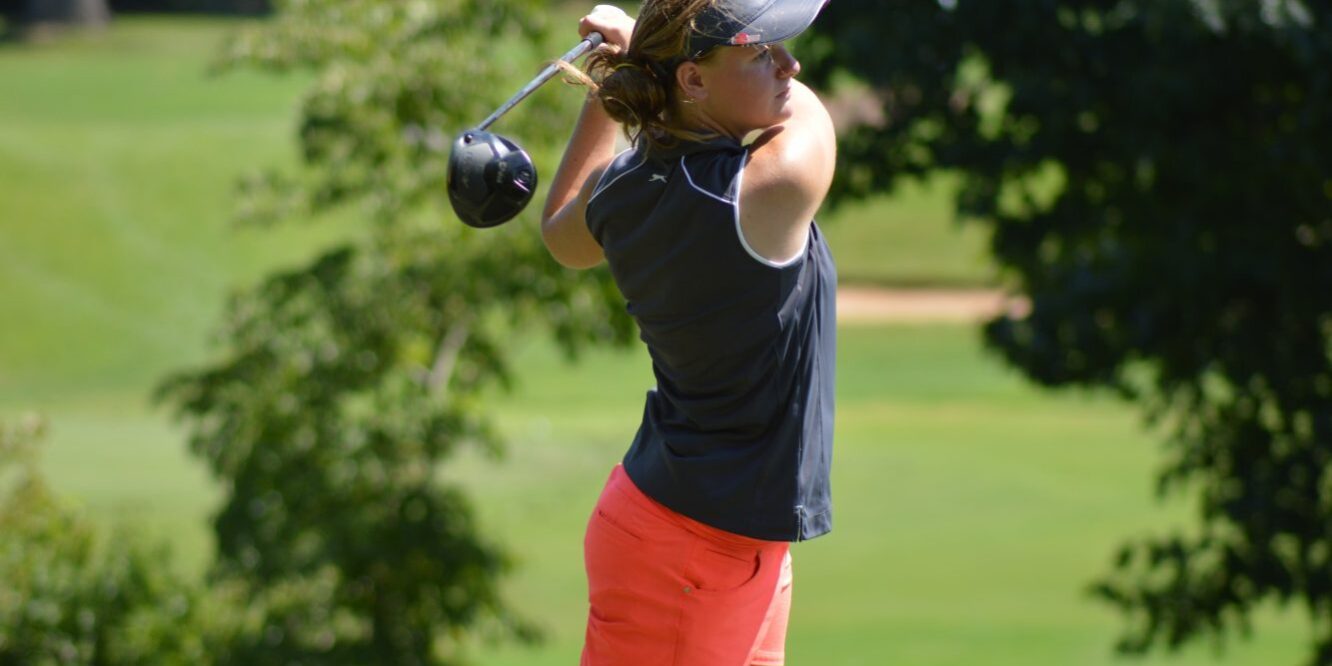 Mallory Fobes has grown accustomed to going it alone on the golf course.

She is the only member of the girl’s golf team at Forbush High School, a 2-A school in East Bend. While that sounds like a losing proposition in a team format, the sophomore quickly found out she could carry an imaginary squad.

“You need three on the team,” Fobes explained. “So they would add two max scores onto my score. It would either be a 63 or 64 with the triple-bogey rule.”

When she shot a 38 in her first match, she noticed that her closest competition posted a 48.

“They kept adding the numbers and saying, ‘That can’t be right.”’ she said. “I won that match as an individual and as a team.”

Fobes can’t always find girls to challenge her game, but she found an easy solution.

“I prefer playing with guys because they are a little more competitive,” she said. “If I would out-drive them, they would go out-drive me on the next hole.”

Fobes began playing sports in third grade, trying volleyball, softball and basketball. But she took up golf in her sixth grade summer after learning that her middle school had a co-ed team. Her dad felt she had a natural swing, and Mallory quickly realized she loved the game.

But it wasn’t until after playing in middle school that she realized she wanted to try tournament golf.

“Once I played in my first tournament, I loved the people I played with and met, and the atmosphere of the tournament,” Fobes said. “The girls were really nice and the parents weren’t involved. I liked the freedom of that.”

When she is not playing tournaments, she likes to get on the course with her parents, Abby and Ron, at Maple Chase Golf and Country Club in Winston-Salem.

“Once I start to drive, I think I will be out there every day after school. Right now, it’s every other day. Me and Mom will play nine holes, or she will take me to the range and I’ll chip a little bit.”

Fobes is a 4 handicap and she’s long off the tee. That’s a pretty good start toward reaching her goal of winning the North Carolina high school state championship.

In the meantime, she will continue to challenge herself, whether that means teeing it up against girls or boys.

“I just like to have competition out on the course,” Fobes said. “It makes practice more fun.”

Honors: Player of the Year in the Winternational Junior Series at Pinehurst.

2017 Victories: TYGA at Mid Pines Inn and Golf Club in January. PKB Tiger Classic in the prep group at Clemson in February.

Best Round: She shot 74 at Lonnie Poole Golf Course in Raleigh last summer. “I shot 94 the day before. I had to tell myself that that round was over.”

Magic Moment: Fobes made a late run in the 15-and-under Carolinas Golf Association event at Longleaf Golf and Country Club in Southern Pines last summer. “The last hole was a par-5 and I had to make up two strokes. I got second place by one stroke.”

Goals: “My first goal would be to get on the pro tour. If that doesn’t work out, I would like to be a golf instructor because I love to help kids with golf.”