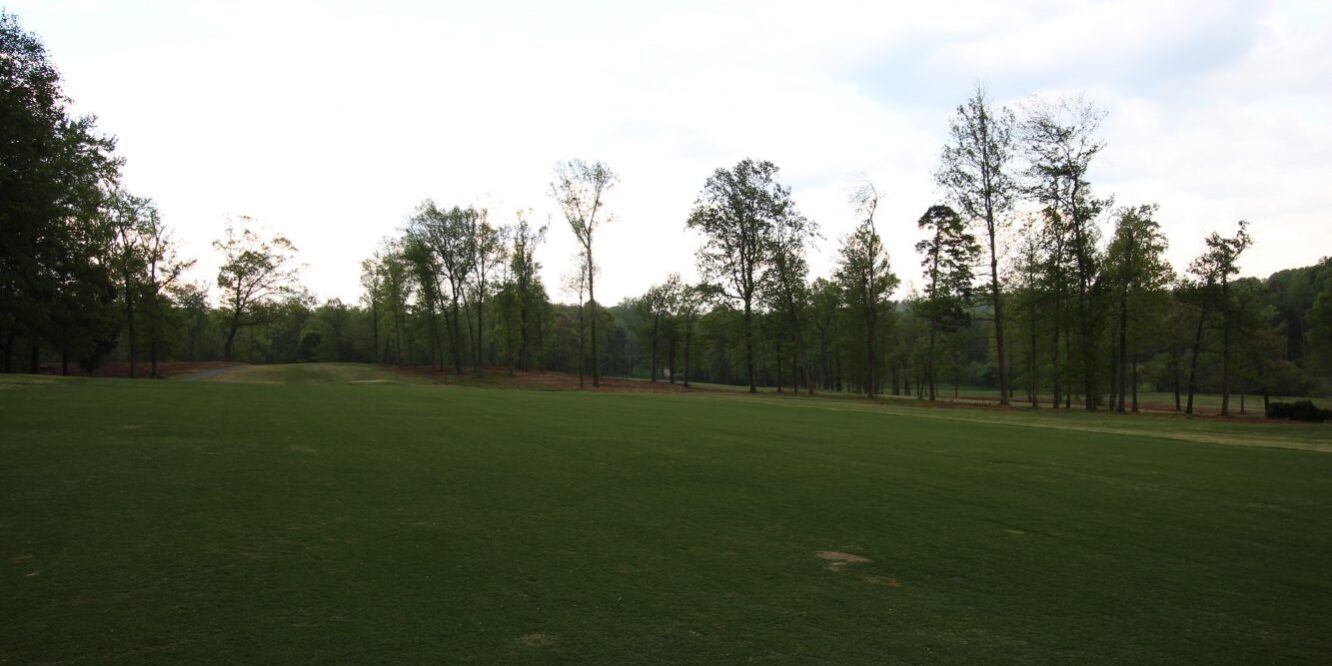 Mark Slawter often wondered the purpose of his brief stint away from the game of golf.

“I worked for St. Lawrence Homes in Raleigh for four years as an on-site agent for a neighborhood in Wake Forest and I watched these machines clear lots for about a week,” said the former N.C. State All-American golfer. “I saw how fast they did it, how efficient it was, and what blew my mind was it was just one guy on a machine and nothing had to be hauled away.”

Now, years later, as the general manager of Maple Chase Golf and Country Club, Slawter’s task has been to resurrect a club that was once named Pinebrook, and was in such financial disaster that it conducted a logging exercise in 2008 in the middle of the course to get some hard, fast cash.

When hired 3 ½ years ago, Slawter faced a bevy of potential improvement projects. Where would he spend his money? And on what?

Constantly floating around in his mind were those fabulous mulching machines, dubbed by some as iron beavers, and an idea of how they could improve the historic Ellis Maples layout.

Slawter began doing his homework and eventually traced down Mark Lee of ML Hydrocut in the Johnston County town of Clayton. Billed as North Carolina’s Commercial Land Clearing, Brush Cutting & Mulching Innovator,  Slawter floated his idea of clearing out some overgrown areas and received a quote.

“We committed to five days,” Slawter said. “About three days into those five days I knew that it was really working well and that we were going to want more than the five days.”

New owner Lynn Murphy was out of the country so Slawter had to think fast.

“I had to figure out quickly how I was going to keep them around and pay for it,” Slawter said. “So, I can up with a glorified pre-paid cart plan campaign that I had about 12 or so members sign up for it. That helped fund the next week.”

The 10-day project, on several holes on the back nine, turned into a sideshow for Maple Chase’s membership.

“The members would come from work and jump in a cart and ride out and all congregate wherever they were working and just watch these guys work and just see these vistas opening up slowly. We were all trying to imagine what it was ultimately going to look like. It was a really cool two weeks,” Slawter said.

“I am not going to lie to you, I was pretty nervous because I struck my neck out a long ways on this one,” he added of the $50,000 project completed in early March. “I wasn’t sure what the end result was going to be, but seeing the member reaction was amazing. I remember we were about halfway through the project and we were up on the 14th tee, and by this time you could see the majority of the front nine from the 14th tee, and in the past you couldn’t see anything from the 14th hole — it was lined with trees. One of my current members whose father was a member here for many, many years and has since passed away was sitting on a cart and said something like ‘Man, I wish my dad could see this.’ That really did it for me, once I heard that it took all the anxiety out of me and worry and I thought ‘We’re doing the right thing here, this is going to be good.’ We just kind of ran with it from there.”

The real test, though, would be the return of the big boss, Mr. Murphy. “He was pretty much gone the whole time. I was very eagerly awaiting his reaction. He was blown away, he loved it.”

Lee’s machines virtually grind everything in their path, producing a mulched area that can eventually be grassed and then mowed. In addition to trees, stumps, small bushes and weeds, Lee’s crew ran into their fair share of lot golf balls, too.

“There were places where literally you could not walk in there and look for your ball,” added Slawter. “I didn’t like that from an ascetic standpoint, from a turfgrass standpoint; it just didn’t sit well with me. And it was bad from a pace-of-play standpoint. We’re very proud of our golf course in a sense that our average round for a foursome, even walking, is well under 4 hours. I can only think this will enhance it now. There is very little ball hunting that has to be done now.”

Fawcett says the clearing work has created even somewhat of a links look to Maple Chase.

“The sight lines are just so much better now with these trees gone. I can now stand on No. 13 green and see No. 2 green,” Fawcett said.

“It’s views, it’s air flow, it’s sunlight – it just feels better, it just feels more inviting, it really showcases just how good a piece of property this is,” added Slawter. “It’s kind of like ripping and bandages off after all these years and finding out probably what Ellis Maples saw back when he created it.”

“We loved doing it,” Lee said of the clearing and mulching work. “Golf courses are well manicured places so that’s where we like to put on a show and shine as far as doing very good quality work.”

“My wife says I’m OCD, but I take a lot of pride in what we do and so do my guys in making the customers happy,” he added. “Each job has its own hurdles and we try to work with them on those hurdles.”

The reviews of the clearing work done by Lee and his crew have been over the top.

“Anytime you can do a capital improvement it’s sort of like ‘OK, we’re going to spend X amount of dollars how big an impact can X amount of dollars have?”’ Slawter said. “With this project, I can’t imagine getting more bang for my buck for what we spent over two weeks and the amount of reaction and chatter that has come from it.

“We also did some cart path work over the winter and it looks great but it’s one of those things that needed to be done, just a like a new roof. The tree stuff is something the members are going to tell five of their friends about. They are not going to tell five friends about new cart paths. As far as having an impact on the energy of Maple Chase I can’t think of anything we can do in that sort of period of time without having to close the golf course that has that big of an impact.”

And Slawter hinted that more clearing may be on the way this winter.