Bermuda Run: Back in the game 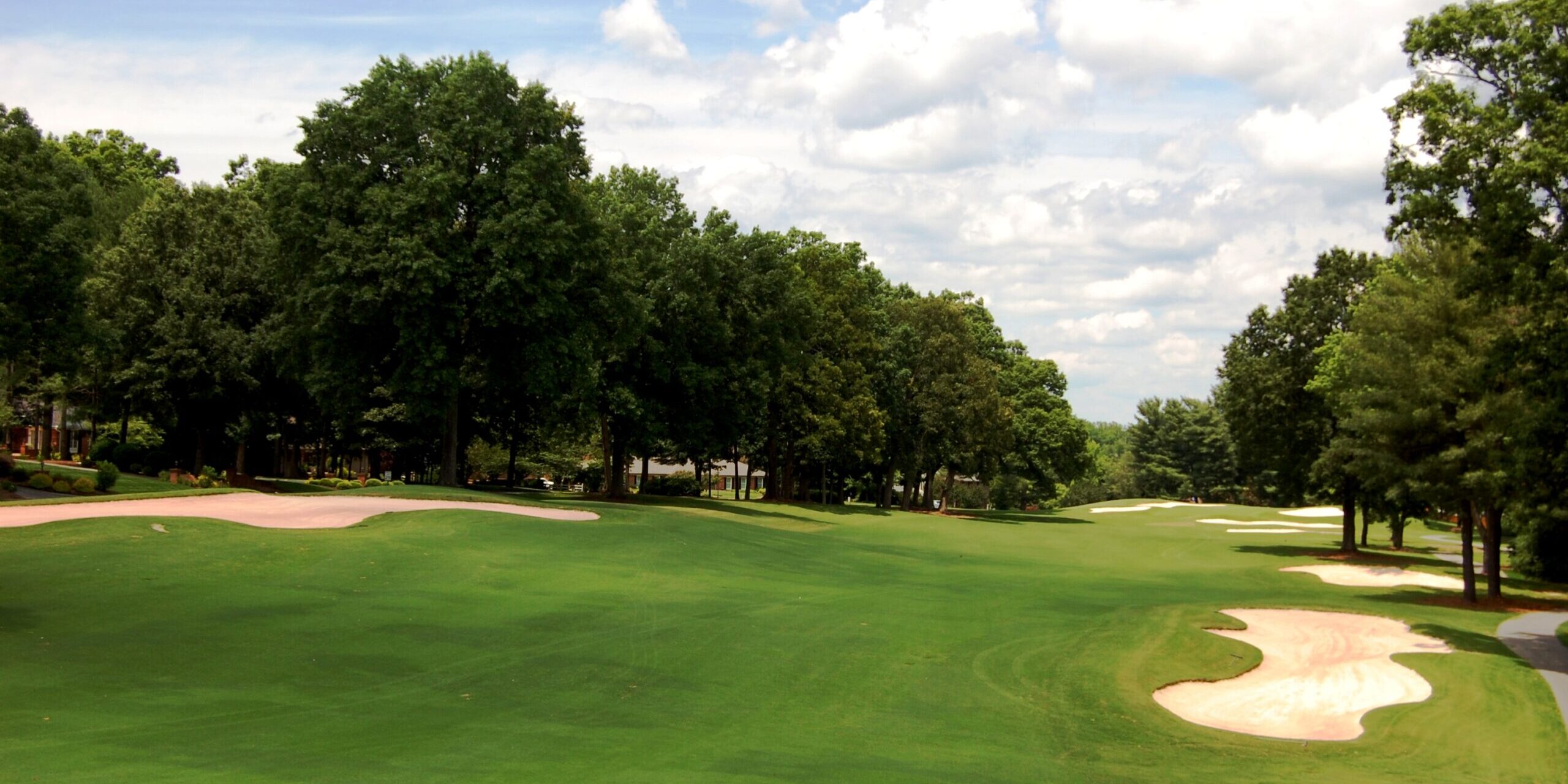 As ClubCorp celebrates its 60th anniversary in 2017, Bermuda Run is celebrating its own resurgence of sorts.

Once home to the popular Bing Crosby Clambake Pro-Am, and host to two NCAA men’s golf championships in the late 1970s and mid ‘80s, the private club west of Winston-Salem is starting to attract tournaments again as part of its make-over since being acquired two years ago by ClubCorp, the Dallas-based golf management firm.

Bermuda Run hosted the North Carolina Junior Girls Championship in June on the heels of last year’s N.C. Women’s Match Play Championship, and more offerings are on the way as the club “invests” in a competitive golf atmosphere.

“Having these tournaments gives validation to the architecture, to the agronomy – to the whole team who is here,” said head pro Nathan Broyles. “When I first got here the very first meeting I had with the golf committee they mentioned they wanted to get back in the swing of things with tournaments. Basically, I took that to heart. It is a slow process and you can’t get everything right away but you can start to build things.”

The tournament push at the 36-hole private club actually started somewhat by chance and from a previous relationship Broyles held with Carolinas PGA executive Cory Armstrong in South Carolina. Forest Oaks in Greensboro was set to host the Wyndham Championship qualifier in 2015, but couldn’t pull it off. So, Armstrong picked up the phone six weeks out from the event to ask a favor of Broyles, to see if Bermuda Run could hold the event.

“The biggest part Cory loved when he came here was the number of volunteers we had out here helping and how the players were treated during practice rounds by the membership,” Broyles said. “That’s the key. You can go into some places and it’s kind of cold, or you can go into some places and it’s warm and fuzzy. You can’t want to have the event for the acclaim and notoriety that it gives you without having — not just the staff but the membership — supports it because the players who are there can tell instantly.”

Membership director Paul Howard said Bermuda Run is a prime location for tournaments because it has a built-in advantage – 900 homes inside its gates.

“It is huge,” he said when asked about the proximity of its volunteer base. “With our longer term members the Crosby is still ingrained in them, so they love to entertain and host people. We’re trying to build that history with our younger members. Last year, we hosted the PGA Tour qualifier and the East Course is normally closed that day but there were members with their sons who took the day off of school to come out and walk around. It’s neat to see guys like Lee Janzen or some of the other name players and guys from all over the world. It’s sort of a pride thing with our members.”

Bermuda Run’s East Course was designed by noted architect Ellis Maples and is considered its championship layout. However, the West Course is becoming more and more popular, especially since it has its own membership level that carries just a $1,000 initiation fee and $295 monthly dues.

“Opening up a junior executive membership for 40 and under is reasonably priced too so now there are three levels of golf people can get involved in,” Broyles said. “You can find what fits your game or find a membership here that fits their lifestyle. It is not one size fits all. With ClubCorp, we don’t charge big initiation fees and we don’t charge assessments, so guys who are not used to being country club members can come in here and be a part of it.”

Word of ClubCorp’s improvements to the playing surface over the last two years has spread across the Triad, and beyond.

“We’re getting a lot of competitive golfers joining the club,” Broyles said. “You can get a pretty good game out here right now. Guys who were playing out at Tanglewood and other places have joined.”

The proof is in the numbers. When ClubCorp took over membership stood at 910. It is approaching 1200 midway through 2017.

“ClubCorp invests in golf,” Broyles said. “We are now the No. 1 player in golf in the United States and our CEO has been ranked as the No. 1 most powerful man in golf. Golf is a big focus of what we do.”

“One of the nice things is Bermuda Run is such a mature property,” added Howard. “You walk in and the clubhouse is awesome. And it’s not just the multiple levels of play here; it’s also the different age groups that are coming in now. When you get to that size of membership you look around and the demographics are very different than they were 10 years ago. This is a very, very active club. Families upon families are joining for the lifestyle. And we are the only private club on the west side of Winston-Salem. Yes, we maintain a private status but we make it approachable for a lot of people and that’s been our absolute niche in this market.”

What’s next for the upstart Bermuda Run?

“We’ve been fortunate that we’ve been asked instead of us asking,” Broyles said about hosting future championships.

“Bermuda Run has a great variety of golf holes and elevation,” added Carolinas Golf Association executive director Jack Nance. “It has proven itself over the years as a true championship course having hosted U.S. Open qualifiers, CGA championships and of course NCAA championships.  We are excited to be a part of the club’s resurgence and look forward to hosting more CGA championships.”