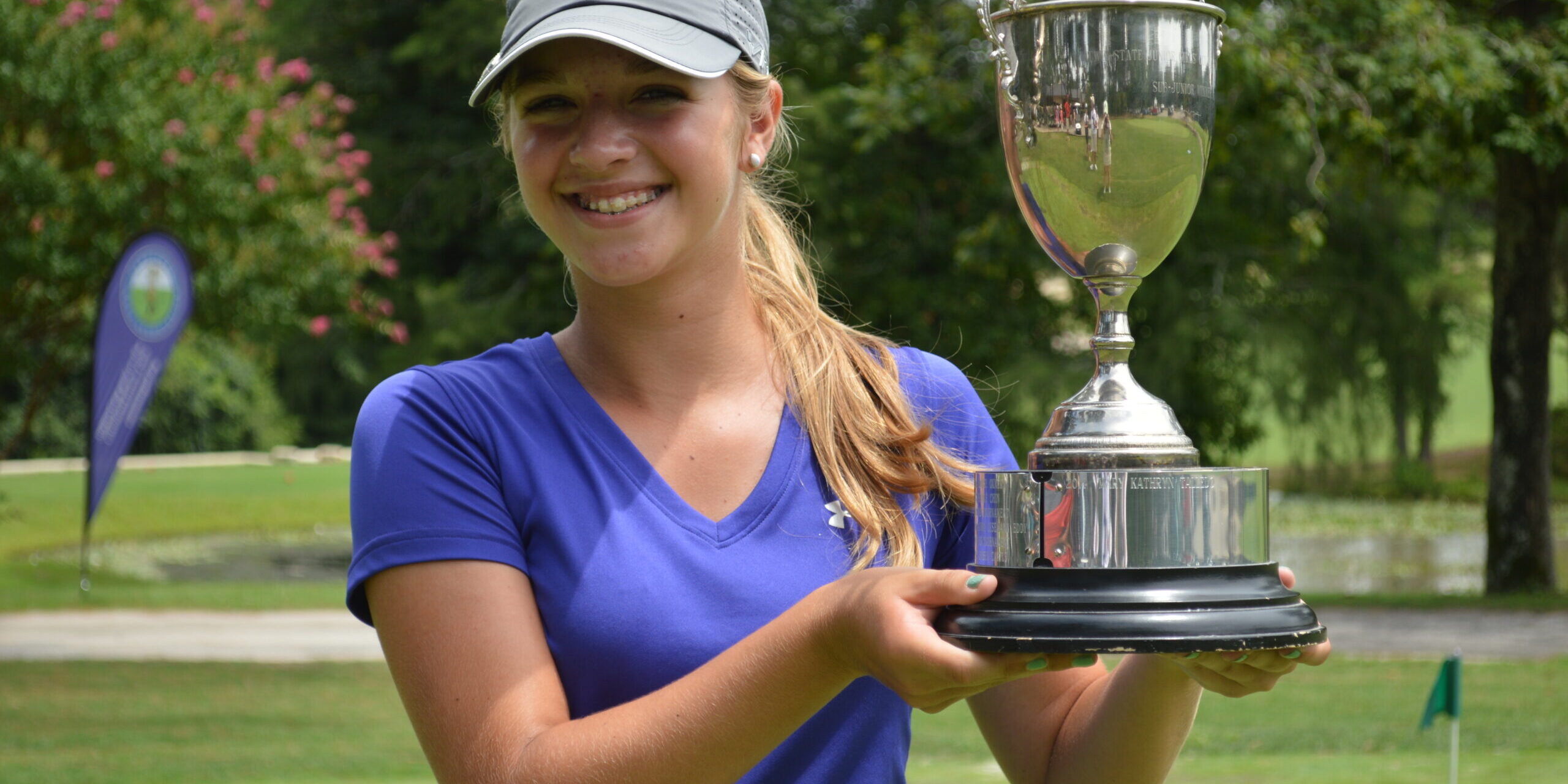 Hailey Joy won her first golf tournament at age 10. Aside from playing against a field of all boys, her lasting memory of that competition is her wardrobe.

“I remember that day I wore a T-shirt because I forgot my golf clothes,” she says with a shy laugh. “So I have a picture with a brownie on my shirt with this big trophy.”

Since then, Joy has dressed for the success that has followed her. She has won two Tarheel Youth Golf Association events and has a victory on the Peggy Kirk Bell Tour. The rising senior also has the winning touch in high school golf. She finished fourth in the 3-A championship, helping Rockingham County High School to its second straight team title.

“That did mean a lot to me because it was the second year in a row we won,” says Joy, who finished fourth (79-72). “At my school, we don’t really win a lot at sports, so I enjoy playing one of the sports that brings a lot of fame to the Rockingham name.”

After her taste of early success, she began playing with a purpose when she turned 12.

“When I noticed how much better I was getting, I really enjoyed the competition,” she says. “Whenever I won a tournament, it would just make me feel really good. That’s why I started practicing all the time. And I wanted to be able to compete with people who were better than me.”

To reach that goal, she works with Chris Haarlow and Robert Linville at Precision Golf School, and she puts in the necessary hours at her home course, Greensboro National Golf Club. Because Joy is already strong off the tee, she spends most of her time on the practice green. Joy finishes most days playing a five-hole loop where she can test most of her shots. And when it comes to the mental game of golf, she has a handle on how to manage her thoughts.

“When there are girls in our rankings who are better than me, and I get paired with them, that’s motivation for me,” she says. “I try not to think about it as competing against them that day. I’m competing against myself most of the time in tournaments. When I make it about playing against other girls, it gets into my head and I start thinking too much. That doesn’t help me at all.”

Her next challenge will be college golf. Joy will attend UNC-Greensboro in the fall. She took a few months to consider the school’s offer before finally choosing the Spartans.

“Eventually I asked myself, ‘what am I waiting for? I already know I want to be there,”’ she says. “Whenever I go there, it feels like home to me. That’s one of the things I love about it.”

Best Round: 69, last summer at Bryan Park Players Course. “My dad has a company league. They asked me to play every year to help them out and get their scores lower. I had three birdies in a row on the last three holes. I won a scorecard playoff. That was cool because I beat all these men who were way older than me.”

Magic Moment: “Last year, we were in the high school regional tournament at Greensboro National, and I was 4-under going into the ninth hole. Then on the ninth hole I double-bogeyed. But I thought it was really exciting to go 4-under. I ended up shooting 72.”

Goals: “To improve my chipping and putting overall. I’ve already seen improvements compared to all the other girls I do the drills with. It’s really exciting to see the improvements.”