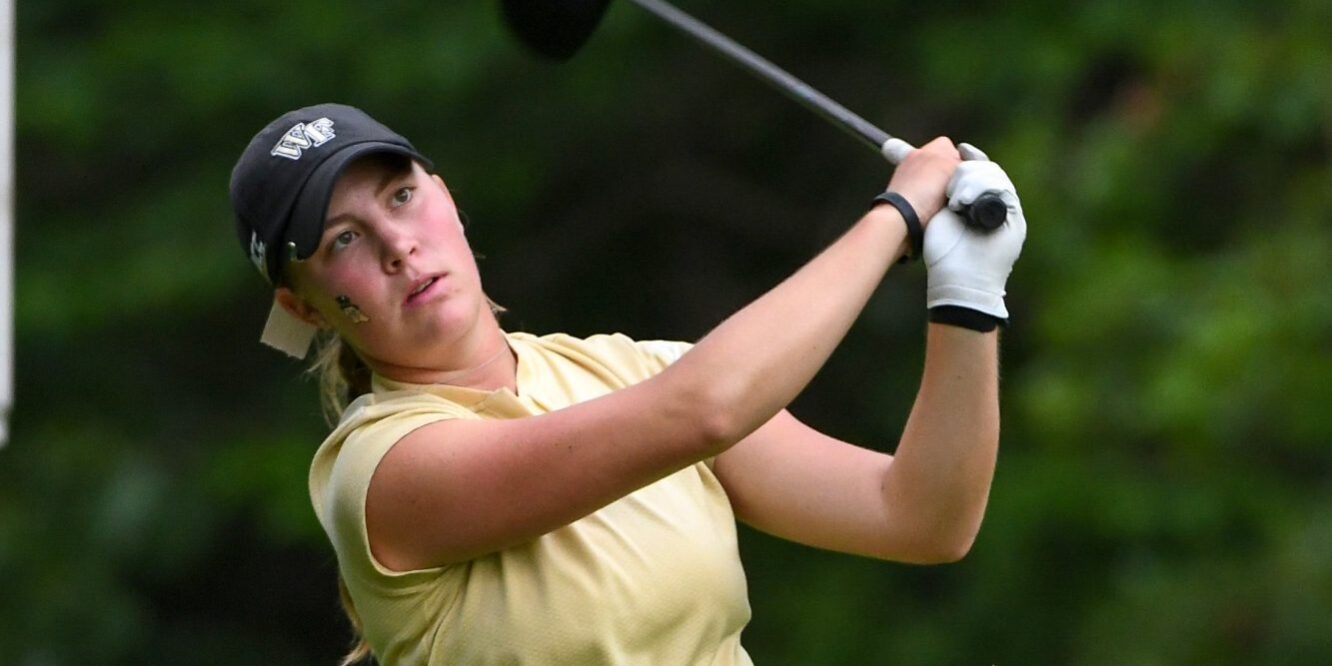 To say Wake Forest’s Jennifer Kupcho closed strong in the NCAA Women’s Golf Championship would be an understatement.

The junior made five birdies on the last eight holes to shoot 71 and win by two shots over Stanford’s Andrea Lee and Arizona’s Bianca Pagdanganan at Karsten Creek Golf Course in Stillwater, Okla., becoming the first female to win the national title for the Demon Deacons.

Kupcho said she owes Ryan Potter, her team’s assistant coach, thanks for helping her overcome a tough three-hole stretch on the front nine where she went bogey-double bogey-bogey.

Potter walked with Kupcho throughout the round and told her not to let a few bad holes get the best of her.

“He kept saying, ‘Everybody’s going to have their rough patches,’’’ Kupcho said. “He reminded me to keep fighting. It was good for me to have him there.”

Kupcho finished as runner-up in the tournament a year ago and is the first player with three consecutive top-six finishes at the NCAA Championship since Duke’s Amanda Blumenherst managed it in 2007-09.

Kupcho said the championship was extra meaningful for several reasons. For one, it was the wedding anniversary of her parents, Mike and Janet Kupcho, who traveled to Oklahoma to see their daughter play.

For another, it came shortly after Dianne Dailey, Wake Forest’s head women’s golf coach, announced plans to retire at the end of the season. She’s been coaching at Wake Forest for 30 years.

“It’s a great feeling to do this for Dianne, this being her last season and all,” Kupcho said.

Kupcho is a native of Westminster, Colo., a suburb of Denver. She was heavily recruited out of high school, with scholarship offers from many schools, including Arizona, LSU, Oklahoma State and Oregon. But she said Dailey saw her play at a national junior tournament when she was in high school and immediately began recruiting her.

“I made a visit to Wake Forest and I loved it,” Kupcho said. “The school and the community have been a really good fit for me. I’ve loved my time at Wake.”

She’s not finished. Kupcho said that while her goal is to play on the LPGA Tour, she plans to return to Wake Forest for her senior year of golf and school. She’s majoring in communications.

“I definitely want to finish my degree,” Kupcho said. “That’s very important to me.”

Though Kupcho is the first female golfer from Wake Forest to become an NCAA golf champion, she’s not the school’s first. The school has had three golfers – Curtis Strange in 1974, Jay Haas in 1975 and Gary Hallberg in 1979 – win the men’s championship.