R.J. Reynolds Becca Connolly fires final round 69 at 4-A states 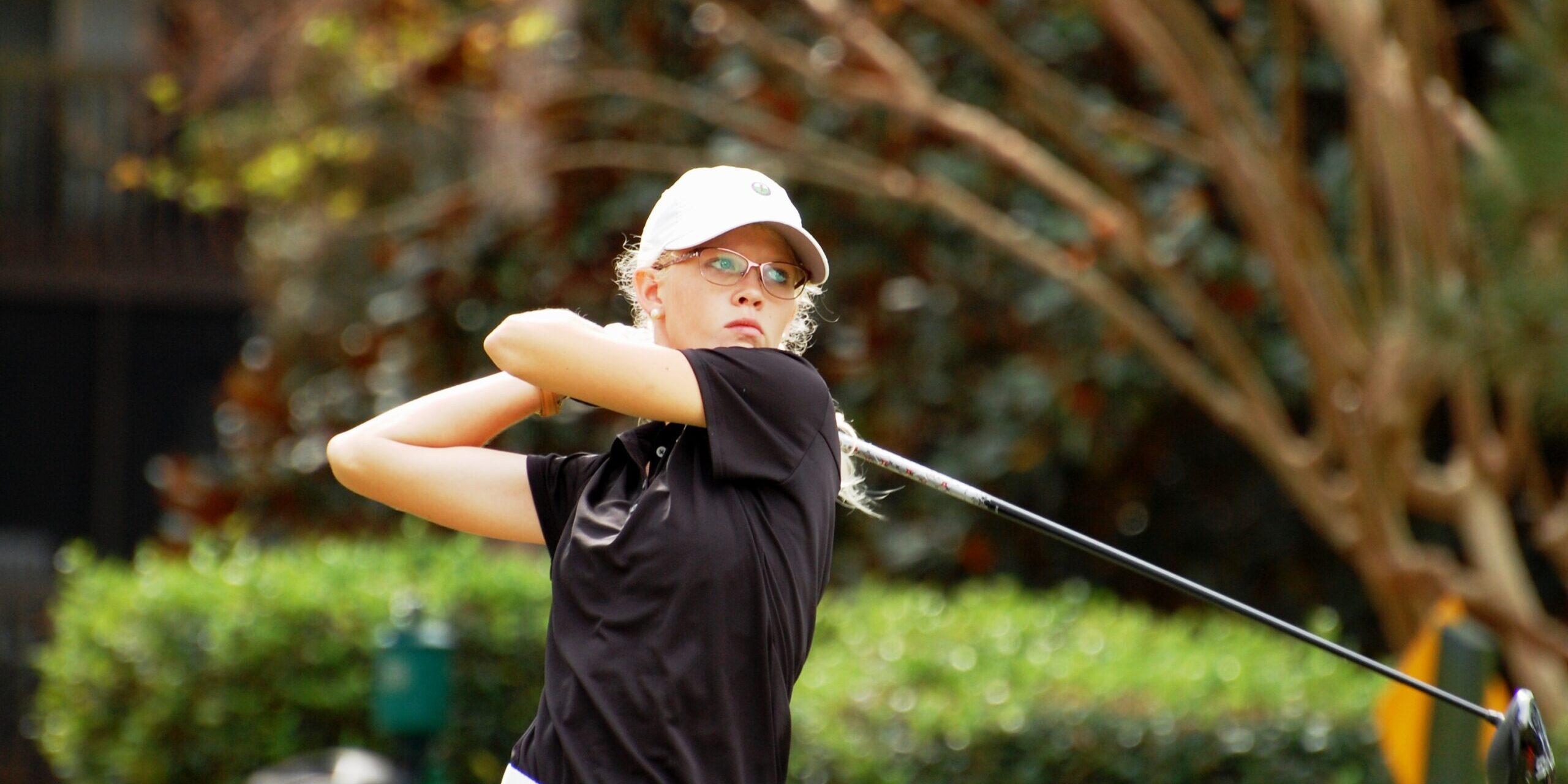 It was hard for Jaclyn Kenzel to imagine winning the 4-A women’s high school golf championship two months ago. Kenzel and her family had just returned from a two-week vacation to the Cayman Islands and the future college bio-medical engineering major was focused on academics heading into the school year.

The Pinecrest High School senior had not picked up a golf club in a few weeks, and quite frankly, her game was a mess.

“It was really rough for me; I was shooting 41 and 42 for nine holes,” a smiling Kenzel said moments after capturing the 4-A individual championship at Pinehurst No. 5 with a pair of 1-under rounds of 71 for a one-shot victory over Megan Morris of Panther Creek. “Coach came to me and pulled me aside and gave me some great words of encouragement and told me I was still able to do it and to pull myself together.”

In addition to the words of wisdom from coach Lynne Beechler, Kenzel also got a push from fellow senior Mara Hirtle, who with an average nine-hole score of 33.6 set the all-time conference record – for both men and women – this season. Hirtle finished third at the state tournament, two strokes behind Kenzel to spark Pinecrest to its second crown in four seasons.

“We joke around about our rivalry, it goes back-and-forth a lot but neither of us thinks we’re better than the other one,” Hirtle said.

Both golfers were also an integral part of the 2016 title team – the first year for Beechler, who now has two state titles and two runner-up finishes in her first four seasons leading the Patriots.

“I can’t complain,” Beechler said. “I am so happy, but it’s really all the girls. We do everything we can to make them successful, whatever it takes for them to feel comfortable out there on the course and to feel confident and keep a steady pace about them. I always tell them ‘if you make a bogey, Ok let’s move on.’ We want them centered; their core to be solid. We tell them not to dwell on things because there is always a next hole.”

“Coach really pushes us a lot,” Hirtle added. “If we aren’t doing so well on say chipping she will stay out there with us and toss the balls back to us until we get it right. She is really supportive. She has been a great coach the last few years. She is not like a mom, she’s like a coach, and she really pushes us to our limits to make sure we’re doing what we need to do. She is definitely stern … in a good way.”

Becca Connolly of Winston-Salem Reynolds matched Morris for the low round of the tournament with a final-round 69 to finish fourth, three shots off the pace.

Hirtle came in 17th as a freshman in 2016, while Kenzel was 28th. Part of their job this season was to teach this year’s qualifying freshman Kitson O’Neal, who came in 34th, what it takes to be a champion.

“Every win is different with different girls and different circumstances and different things you are working on,” Beechler said. “Having two seniors and one freshman is a different dichotomy, so it was our job to teach Kitson what the stress is like, and these girls are pros at it.”

Pinecrest won again at Pinehurst Resort. However, Beechler scoffs at the notion that it’s an advantage for her squad.

“It is in our own backyard but you still have to get the ball in the hole,” the coach said. “And it was close there at the end, and the last five holes our girls were solid and they didn’t force things and make mistakes, and some of their opponents did.”

As Hirtle was finishing up her final hole in the final group, Beechler and Kenzel had an emotional exchange near the green and tears began to flow.

“It’s still hard to believe because this has all gone by so quickly,” Kenzel said of her four years of successful prep golf in Southern Pines.

“We get a lot of children where their parents already love golf and raise their kids around golf, and then they come here to the best place to play golf so we have so many great things coming together to make us successful,” Beechler added.

Kenzel, whose final round was sparked by an eagle on her second hole, is interested in attending Florida State, while Hirtle will play golf at the Naval Academy and study engineering.

Hirtle received an emotional surprise herself as her father Jared, who had just been deployed to an undisclosed location from Fort Bragg two weeks ago, was able to Goggle Map the course and FaceTime his daughter.

I would say so.