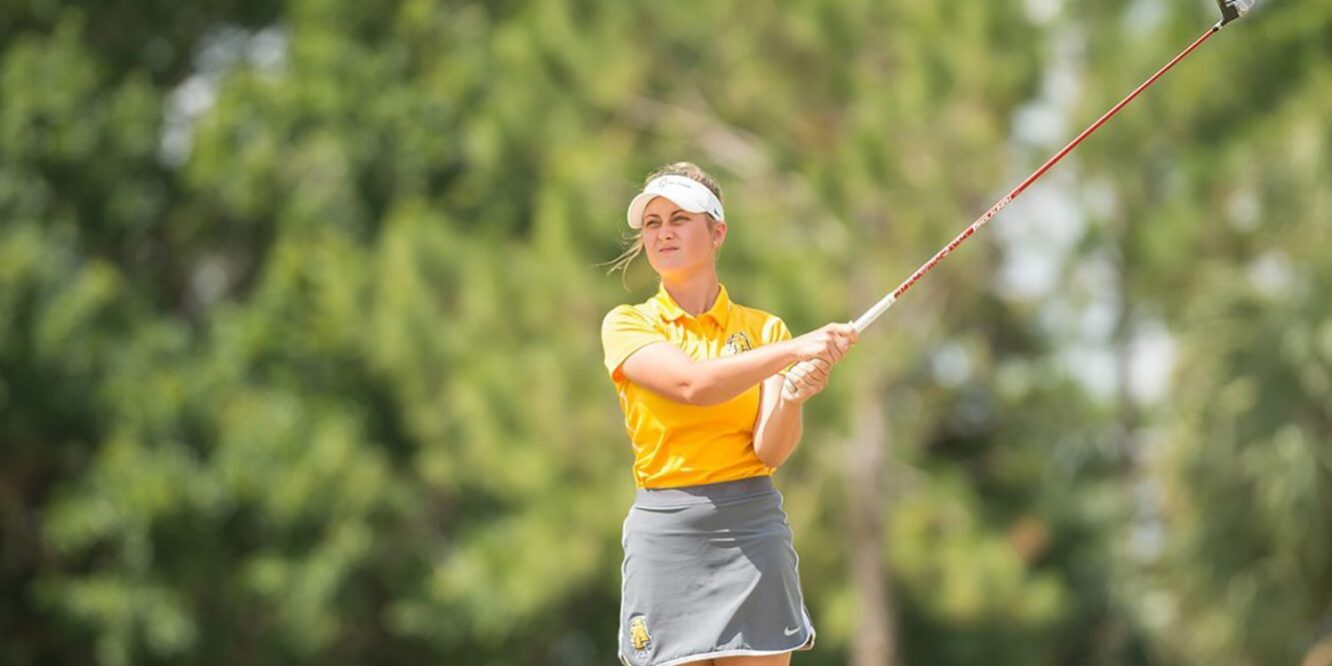 North Carolina A&T women’s golf coach Richard Watkins reluctantly accepted pats on the back this season as he launched the school’s first golf program in 125 years.

Forgive Watkins for being a little hard on himself and his team – he wants to win like most coaches – even though the odds against this group were longer than a 600-yard par-5.

“Everybody at A&T was all happy and very, very pleased, and some of our competitors were a little surprised by our play, but at the end of the day the only six people that weren’t extraordinary happy were the five golfers and their coach,” Watkins said. “We just weren’t as excited as everybody else was. We didn’t win; we want to do better.”

Success is relative, so looking back on the season the A&T women actually accomplished a ton after finishing dead last in their first tournament, eventually coming in second at the MEAC Championship, and then recently placing fourth in the 2017 PGA Minority Collegiate Golf Championship in Florida.

“I got very, very fortunate this year because I recruited five young ladies that weren’t afraid of hard work,” Watkins said. “And that’s probably the biggest tribute I can pay to them. If they missed practice it was because of a class or lab. They worked.”

Watkins fielded a team of just five women this inaugural season, not because he couldn’t get players to join the program but because he wanted to build a program, not just start one.

“I set it up that way,” Watkins said of his small roster. “I was trying to build some classes instead of just going out and getting a bunch of freshmen, and then you’ve got what you’ve got for four years. I just didn’t want to operate like that. I have two girls that will be seniors next year, three sophomores and I’m bringing in one junior college player and one freshman. And I’ve already identified four players for the following year.”

The Aggies set up shop at Bryan Park and Forest Oaks golf courses this past season, and then quietly went to work under the radar.

“Both of those places and the people at those places have been tremendous,” Watkins said. “They were so good and my hats off to them, they really extended themselves and welcomed us with open arms and honestly treated us like we had been there for years.”

At the Starmount Forest Fall Classic last October, the Aggies were 111 shots off the pace, finishing 11th out of 11 teams.

“I wasn’t overly concerned that we finished last,” Watkins said. “I just wanted to use that strong field and those greens at Starmount as measuring sticks. They were perfect greens but they were like putting on your hardwood floor in your den. When you can’t stop uphill putts you are in trouble. They were the fastest greens we faced all year, but after those we weren’t scared.”

J.C. Harvison shot three straight 77s and produced the program’s first-ever top 10 individual finish in that event. Then when junior Sofia Alvarez finished third in the next spring event Watkins knew he had two good players.

However, the rest of the team was a work in progress.

No more so than Jocelyn Andrews of Southern Alamance High School. The freshman was a good prep player, but Watkins immediately knew Andrews was going to face a stern test at the college level.

“So I did something to her that I promised that I wouldn’t ever do,” he said. “I just started in the middle of competition changing and revamping her golf swing. That was a compete disservice. I set up her up for failure. And she struggled early, and a lot of her struggles can be attributed to my decision. You can’t make changes to your swing and try to compete, too. But she struggled through it, stuck with it and just got better and better.”

How much better? Well, after not breaking 80 all season, Andrews carded an opening-round 73 at the minority national championship. She also was a factor three weeks earlier at the MEAC Championship.

“The national minority kind of caught me off guard just because a couple of young ladies had struggled early and were making improvements but they were baby steps,” Watkins said.

What was the season’s most satisfying moment?

“There was a pretty good list of them,” Watkins said. “But honestly, the feeling of accomplishment that I got from seeing the girls when they realized they had finished second in the conference. We knew that we should be the second-best team in the MEAC but to go out and actually do it and be what you are supposed to be and move forward, and pulling for each other, was satisfying.”

Watkins is a longtime coach and employee of A&T, having worked for the school since 1992. He’s a graduate of High Point College and played on the golf team while in school there.

Now, he’s crafting his men’s golf roster for its inaugural season this fall. Watkins is going about it in the same meticulous manner, refusing to settle for par.

“It hasn’t been easy, but part of the reason it hasn’t been easy has been me,” he said. “I could have put a men’s team together in a week if I would have just taken all the interest forms, all the phone calls and all the emails I got of kids wanting to play or walk-on. That’s not what I want. I have already commitments from a transfer from Charleston Southern and one from Mount Olive, and a freshman from California.”

After a whirlwind recruiting trip up the East Coast from Florida to Georgia and then to the state championships in Pinehurst, Watkins was recently able to play a round of golf with buddies and exhale at Gillespie Golf Course in Greensboro.

But he was back working the phones the next morning.

“I’ve loved every minute of it,” Watkins said of starting two golf teams from scratch.