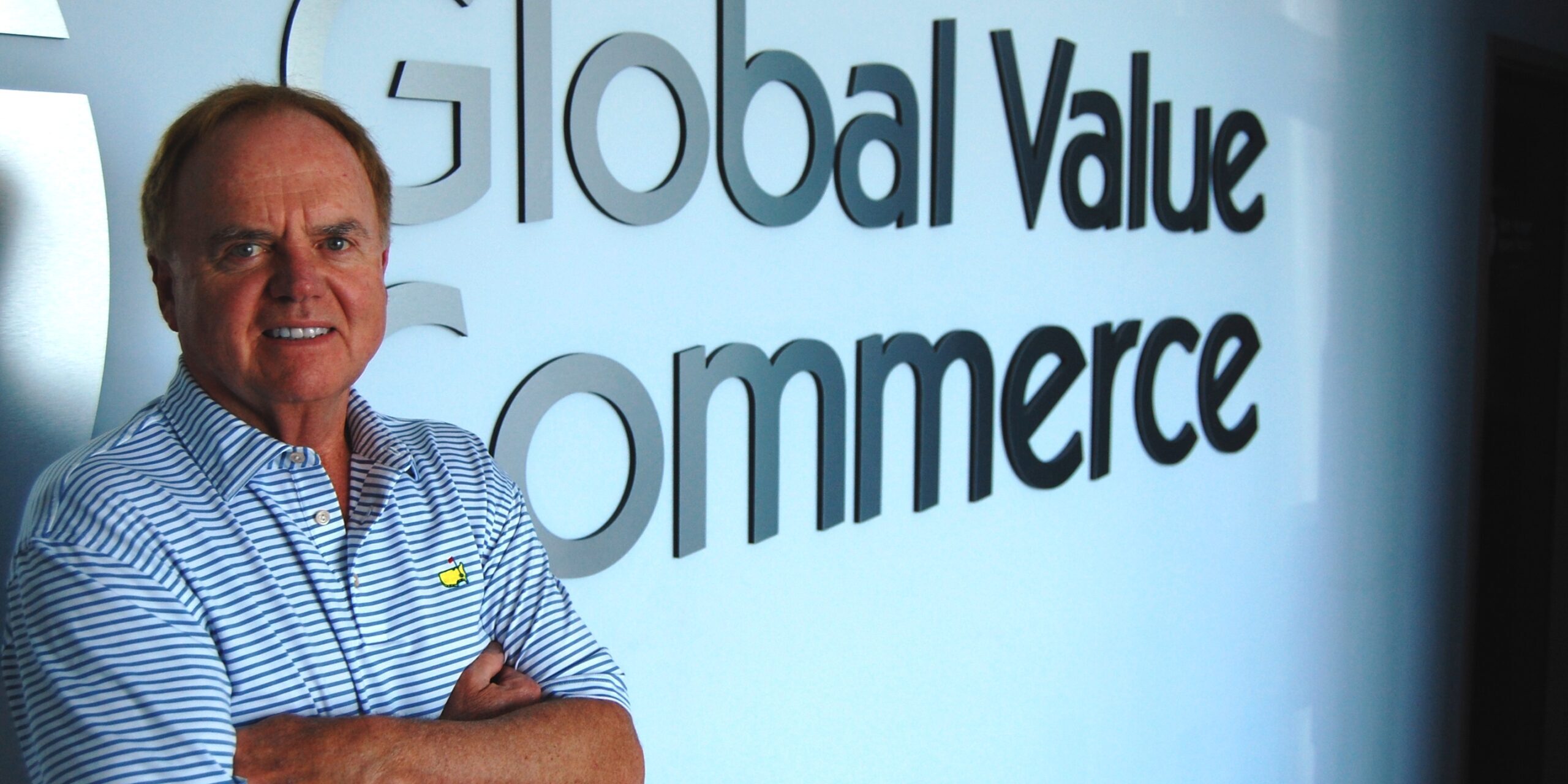 The entrance of GlobalGolf looks like something out of a “Men in Black” movie set – a stark and sterile lobby with a large silver logo and one TV that can be mesmerizing.

Looks can be deceiving.

On the TV screen is a running tally of GlobalGolf’s business day. When I left the company’s headquarters just before noon with founder Ed Bymam to check out the “guts” of the operation at the nearby warehouse, the firm specializing in online trade-ins of used golf clubs had sales of more than $33,000 and counting with customers doing business in 18 different countries while tracking brands selling the best.

Remember, that was just by noon that day.

“On the Internet, it’s relatively easy to sell hundreds-and-hundreds of the same product, but to sell hundreds-of-thousands of unique items, now that’s hard,” Byman said. “That’s really what a pre-owned club is. Everyone is different, even if it’s the same model. It may have a different condition, a different shaft, a different grip. Each one is its own individual entity. Our platform had to be built to be able to accommodate that, which is very different from what normal E-commerce retailers who are selling new products do.”

Founded in a small office in 2001, GlobalGolf now has 100,000 square foot of warehouse space in the Triangle, Salt Lake City and outside of Toronto that houses hundreds of thousands of used clubs, along with new golf apparel such as balls, shoes, gloves, apparel – you name it.

Byman, 68, grew up in New York and was a pretty good prep golfer and college golfer, going to two NCAA tournaments while playing for the University of Connecticut after dreaming of teeing it up for the Tar Heels or Blue Devils.

After moving to Colorado, he was lured to compete in a few tournaments in Mexico and actually won the Mexican Open, playing in a group with Lee Trevino. The victory brought a series of exemptions in tournaments around the world, but not so much at home. Bynam likes to tell a funny story about writing to the Masters after the Mexican Open victory.

“I told them I won the Mexican Open and they said if I was Mexican I would have gotten in to the Masters,” he said. “I felt that win was the launching of a great career, right? It turned out as I look back with some perspective that was my career highlight. But I got to see the world and I finally qualified for the PGA Tour.”

“I had a few moments, but I just didn’t feel I could win consistently out there. So I came back to Raleigh and one of my Tour friends told me that Etonic was looking for a rep there. So I got the gig and Cobra came on the back of that six months later so I started a sales agency and had several different lines in North Carolina and South Carolina. For 20 years I had a really nice run.”

In 1994, Byman, who said he has always had “an entrepreneurial bug” in him went to a computer show in Chicago where everyone was talking about a thing called the Internet.

“I said, ‘What is that?’ So I got turned on to the Internet and became familiar with it maybe before a lot of people did,” Byman said. “Then in my sales job I would talk to the pros about clubs and see all these used clubs in the corner of the shops. I thought about the clubs and the Internet and put those two ideas together, which I did and that was the birth of Global Golf E-commerce.

Byman started selling on eBay and then got the break he was looking for in the golf business, although he and others never dreamed the E-commerce sale of golf clubs would grow to monumental proportions. A local Raleigh company was sold and wanted to move employees to the West Coast. Many did not want to leave, so Bynam scooped up a group of the firm’s senior developers.

“They got us into our own proprietary site,” he said. “They did the whole super structure, the back end, all of that stuff was designed and built and we were off and running.”

More like sprinting with GlobalGolf.com. as a value guide was created to help golfers figure out what their used clubs were worth and what they could trade for.

“The whole value guide sort of brought structure and stability to the pre-owned marketplace because in Florida they would be selling a particular club for X and in California it would be sold for Y, so we brought this structure to it,” Byman said. “And we supported trade-in programs from places such as Golf Galaxy and Dicks. And I would visit with all the pros and they jumped on board, and so did all the manufacturers with consumer trial products. We told them, ‘Hey, sell it to us; we’ll get rid of it for you.’ Every year of our existence we’ve grown. That’s phenomenal in this environment. Think about what the golf industry went through in 2008 and 2009.”

“The scale is just nuts,” he said. “I can remember the early days when we shipped 1,000 items and we thought that was a big deal.”

If you walk into the fulfillment warehouse of GlobalGolf and your jaw doesn’t drop at the sheer volume of golf items, you likely don’t have a pulse. Merchandise is stacked as high and as far as you can see.

Why the growth? Why the popularity?

“Well, certainly there is a value proposition associated with pre-owned product,” Byman said. “You can get something that was launched and came out in February and we may start getting those clubs in April or May, and it’s 25 percent less than new. They are demos, they are rentals, and all of our sites take trades from consumers. So, the value proposition is one thing but we sell brand name, high performance golf clubs that are pre-owned. It’s not out of a garage and is a bunch of junky junk. Once people saw the quality of the product they were getting, and the value proposition — and we were going through some tough economic times — that sort of played into it being very attractive to a lot of golfers. And then we became really good retailers.”

GlobalGolf has now taken the next step with a platform launched last March called U-try. For a nominal fee, golfers can order new clubs off the site and try them out for a two-week period. For example, a driver costs $25 to test.

“You get to try the club at your leisure, at your home course, using the golf ball you normally use, in an environment that is comfortable,” Byman said. “You are on that third hole and you know you always hit it just a little short of that bunker and with the new club you hit it 5 yards past the bunker so that’s immediate feedback. Now, all of sudden that guy can feel it, touch it, and spend some time with it. If he feels like he plays better with it, he can keep that club and purchase that exact same club. If he doesn’t think he plays better with it stick it in the box and slap the return label on the box and send it back.”

“We think we’ve overcome that last hurdle of people buying new clubs in the online environment,” he added. “We feel we have two nice franchises out there – one being pre-owned and one being this U-try experience. Nobody else has the back end to do it. If you get half the new clubs back what do you do with them? You have to sell them in a pre-owned environment. We are very uniquely positioned to be able to do that.”

And on a grand scale for sure.