Both Wake Forest University teams are on top 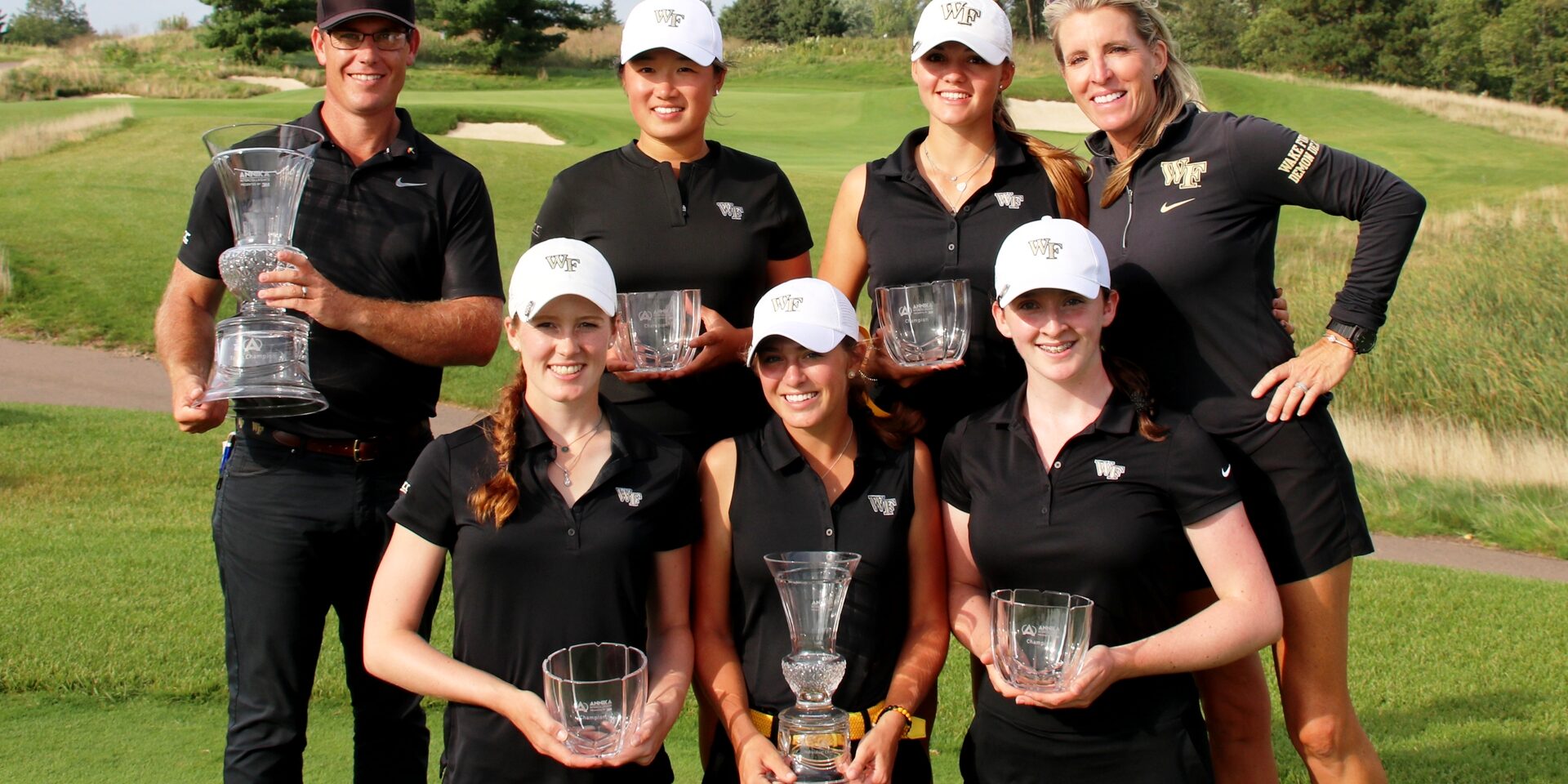 How crazy is this?

The Wake Forest men’s and women’s golf teams each won their first tournament of the fall season, with the No. 5 players claiming team medalist honors.

That certainly bodes well for the depth of each squad heading into the 2020 spring season.

On the men’s side, four of Wake Forest’s golfers finished in the top 10 at the Rod Myers Invitational in Durham in mid September with Parker Gillam celebrating his 21st birthday by carding a final round 70 to finish in fourth place at 8-under. Team No. 1 player Eric Bae shot a final-round 71 to finish tied for fifth at 6-under.

The Demon Deacons shot 7-under during the final round at the Duke University Golf Club to turn a six-stroke deficit at the start of the round into a three-stroke victory.

“We received great contribution from everyone,” said coach Jerry Haas. “It says something when your worst finisher is tied for 21st. We saw a lot of good things from a very young team.”

Gillam is a junior from Cary, while Bae is one of just two seniors on the roster.

Meanwhile, on the women’s side, heralded freshman Rachel Kuehn made quite a splash in her collegiate debut at the ANNIKA Intercollegiate in Minnesota during the same week of the men’s victory.

The former prep All-American Kuehn from Asheville became the first player in program history to win an individual title in her first college tournament. She shot a final round 69 to finish at 13-under and post a five-shot win in an event that featured 12 returning All-Americans from 2019.

Her 13-under total is a Wake Forest freshman record and the third-best 54-hole total in school history, trailing only the school-record 15-under score that Jennifer Kupcho shot twice.

Kuehn’s win makes her the 19th all-time Demon Deacon to win an individual title. She and her mother, All-American and Wake Forest Hall of Famer Brenda Corrie Kuehn, become the first Wake Forest mother-daughter duo to each have earned medalist honors at a collegiate event.

“This victory was an unbelievable finish with such a strong field,” said coach Kim Lewellen. “It’s an incredible feeling as a coach to know that every one of your players is capable of winning an individual title, and they can come together as a unit to win as a team. This is a special group.”

The Wake Forest women are coming off an NCAA runner-up finish, while the men’s team was ranked in the top 5 last season.