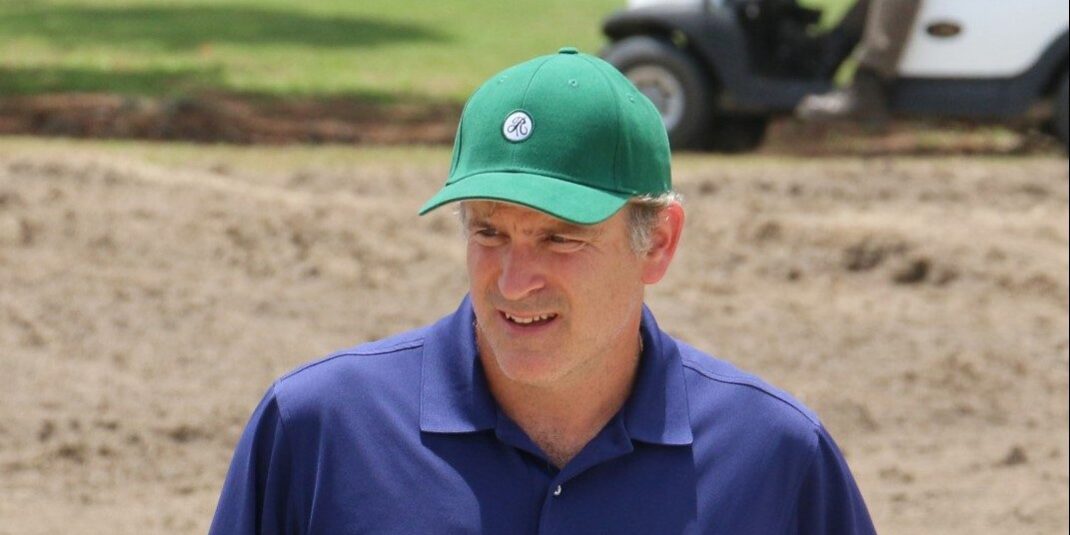 Pinehurst-based golf course architect Richard Mandell has too much on his plate these days to stress about the challenges facing his industry.

Despite new course construction plummeting during in the past decade, Mandell has remained a busy man. Since forming his company, Richard Mandell Golf Architecture in 1992, he has worked on about 75 projects around the world and earned particular prominence for his restoration of several Donald Ross courses.

During the first quarter of 2018, Mandell wrapped up construction on one of only a handful of new construction projects in the United States, a Minnesota municipal layout called Braemar Golf Course.

Now, he’s working on more than a half-dozen projects including a handful throughout the Carolinas, two in the Cleveland, Ohio-area and several more in Florida. He stays on the road two or three days a week.

Not quite a household name, Mandell has, in more than two decades, demonstrated an ability to continually earn work in a demanding environment through his innovative design, detailed planning, environmental restoration, knack for creating golf courses for golfers and non-golfers alike, and successful budget control.

One could argue that Mandell’s projects — which currently run the spectrum from municipal golf at iconic public facilities in three different states to private club golf in four states to a facility for championship-winning college golfers and future golf professionals — actually touch many more golfers than some of the more well-publicized new courses or renovations.

Mandell’s most high-profile job in North Carolina right now is the Championship Course at Tanglewood Park in Clemmons, a collaborative effort with Bruce Charlton, Robert Trent Jones II’s lead architect. Originally designed by Robert Trent Jones, Sr., in 1960, Tanglewood’s luster has been restored by Mandell and Charlton. The duo has brought the course back to heights enjoyed as host of the historic 1974 PGA Championship as well as numerous Senior PGA Tour Vantage Championships and the 1986 USGA Publinx.

“I want to know anything and everything (those who know the course best) think about, from property line to property line as far as strategy, playability and aesthetics,” Mandell said. “All my design work in the last 25 years is better because I embraced input from the end user.”

In April, members of the historic Country Club of Asheville christened their recently restored Donald Ross golf course after Mandell led a comprehensive construction project, his fourth for Raleigh-based McConnell Golf. Mandell’s work once again came in under budget and was named Honorable Mention in GolfInc magazine’s restoration of the year competition for private clubs.

At the 45-hole Bobby Jones Golf Club in Sarasota, Fla., Mandell is spearheading a restoration of the original 18 Ross-designed holes and renovation of the other 18 holes to create four interchangeable nines. As a result, the traditional 18s preferred by the locals can be played some days, while for the first time in 50 years the original Ross routing can be played on other days.

Further demonstrating his innovative prowess, Mandell also designed an adjustable, nine-hole par-3 course that will allow management to set up the golf course to play in a variety of ways. The adjustable course will be offered to golfers on an hourly-rate basis as a large short-game practice facility on certain days.

Mandell grew up in the Metropolitan New York area surrounded by some of the most storied golf designs in the country. He learned the game by sneaking onto a nearby municipal course there called Rye Golf Club.

While helping lead his high school golf team to an undefeated senior season, Mandell was exposed to courses such as Winged Foot, Westchester Country Club and The Black Course at Bethpage State Park. He noted how those famed designs were routed following the lay of the land, not compromised by heavy machinery. He also discovered the quirks of architecture and the importance of shot making.

“At that point, I thought it would be pretty fun to be a golf course architect,” he said.

After graduating from high school, Mandel headed south to the University of Georgia where he earned a degree in landscape architecture. In Athens, Mandell learned all about length from UGA’s Robert Trent Jones University course.

Mandell interned and after college worked for Pinehurst’s Dan Maples, from whom he says he learned about construction and putting theory into practice. He then worked for Denis Griffiths in Atlanta, where he received a completely different perspective of the business regarding office work and fieldwork.

Mandell’s years with Maples and Griffiths — both former presidents of the prestigious American Society of Golf Course Architects — exposed him to high-end domestic and international work in an apprenticeship with two of the best in the business.

In 1993, Mandell joined forces with a trio of civil engineers from Maryland to form Whole In One Design Group, which offered all design disciplines — golf architecture, civil engineering, land planning, environmental science and landscape architecture — under one roof. Mandell served as lead architect on numerous projects and in April 2000 he bought out his partners and changed the firm name to Richard Mandell Golf Architecture.

Mandell is a bit of a Renaissance man. In addition to being a licensed landscape architect in North Carolina and South Carolina, he may be the only golf architect in the world who is also a certified arborist.

“Nobody knows Pinehurst golf like Richard Mandell,” wrote golf architecture expert Ron Whitten in the book’s forward. “He’s not just a golf architect who has lived in the Village of Pinehurst; he has studied its courses, investigated their origins and absorbed their design nuances.”

Mandell has also contributed chapters to Volumes 1 and 2 of “Golf Architecture: A Worldwide Perspective,” as well as “Favorite Holes By Design,” and he has penned numerous articles on design for national publications such as Links Magazine, Golf Illustrated and Golf Course Architecture.

But Mandell, who turns 50 in November and has two young boys, is a family first father. He had to give up those extracurricular duties to coach his son’s travel basketball team — The Sandhills Machine — which last season won four tournaments around the state.

Sometimes, there’s such a thing as having too much on your plate.

“My kids would love to play golf,” Mandell said with a chuckle. “But I’ve been too busy to take them.”